Valve only made 300 of its prototype Steam Machines that were sent out to beta testers last week, but somehow the folks at the iFixit website managed to get their hands on one of them. As they did with the Xbox One and PS4 consoles, the team used their screwdrivers and tore down the Steam Machine to see what was inside and how easy it might be to fix. 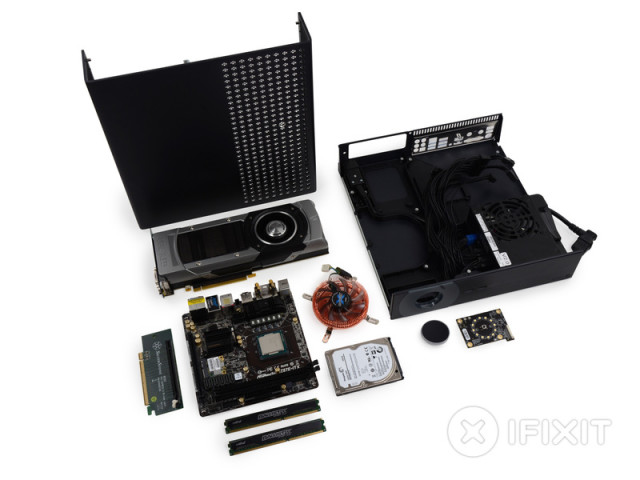 Unlike the Xbox One and PS4 units, which have the same hardware inside, Valve has three different versions of its Steam Machine that it has sent to be tested. Inside the unit that iFixit got to check out, there's an Intel Core i5-4570 processor, 16 GB of RAM, a Zotac NVIDIA GeForce GTX 780 graphics card with 3 GB of video RAM and a hybrid storage drive with 1 TB of hard drive space combined with an 8 GB SSD.

iFixit estimated that the total cost of all of the parts of this particular Steam Machine was about $1,300 if someone were to buy all of the pieces separately. In other words, this unit is a pretty solid gaming PC. IFixit gave it a 9 out of 10 repair-ability score, saying, "Modular design with off-the-shelf components makes it easy to remove and upgrade the hard drive and video card."

Of course, this unit is not for sale and will never be found inside a Walmart or Best Buy; Valve made these prototypes for its own SteamOS testing purposes. However, a number of third party companies will be releasing their own Steam Machines, with plans for a public launch sometime in 2014.