Images of what is supposedly the first Microsoft-branded phone have been leaked in China and they seem to coincide with the info that was previously leaked about the RM 1090 handset. Both paint the picture of a budget-friendly device, which some claim is the Lumia 535.

The RM 1090, which has been popping out here and there lately, and whose specs were rumored to be quite modest seems like a good candidate for whatever the handset pictured is.

These images come from Baidu and the poster claims this is the unreleased Lumia 535. As you can see Microsoft branding features quite prominently on both the back and the front of the device. Physical buttons can not be seen on the hardware, which means that Microsoft will continue the trend of making Lumia phones with soft keys. 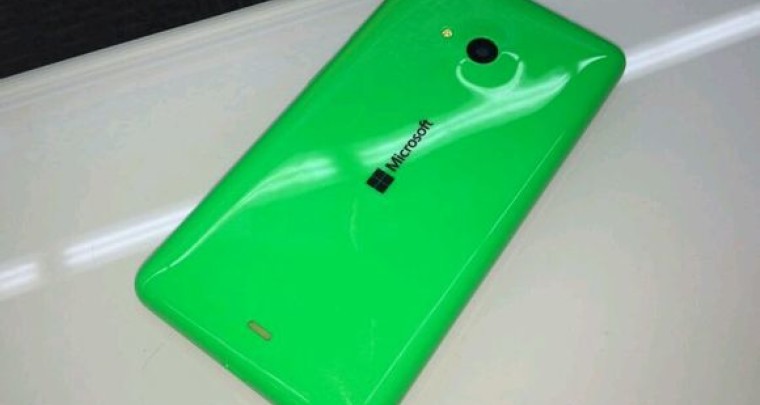 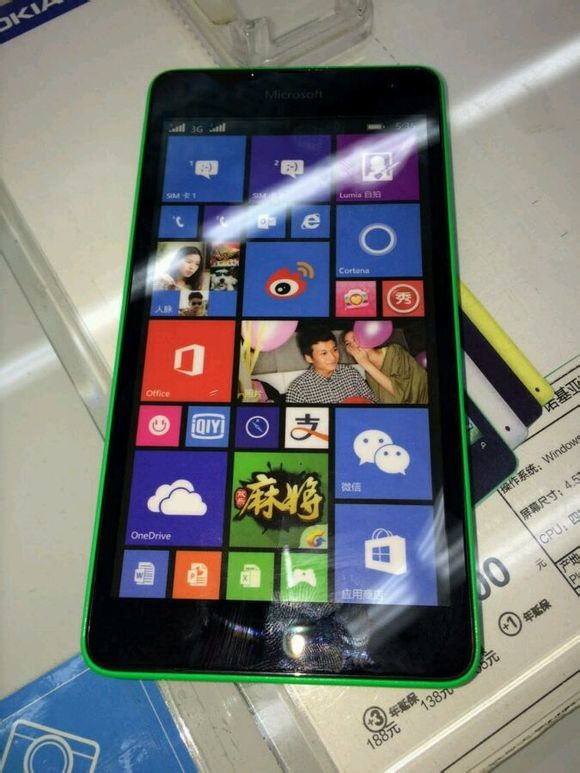 If observed closely, a front facing camera can also be seen in the slightly unclear photos along with the dual-SIM icons on the screen. 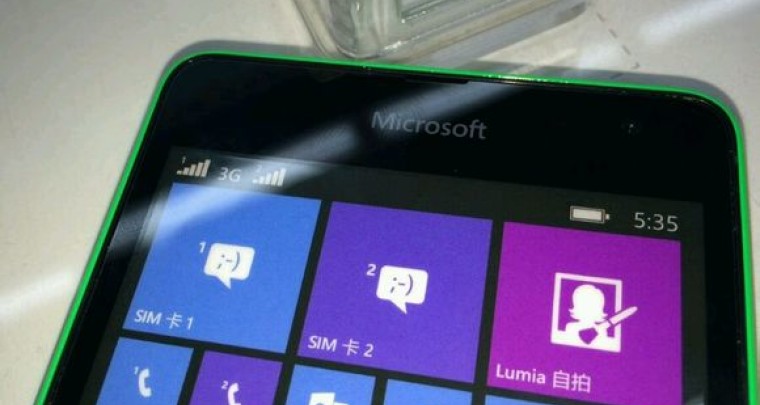 Microsoft announced it would unveil its first self-branded handset this Tuesday if that is indeed the Lumia 535 then its alleged specs are as follows:

Obviously those specs would go with a very budget-friendly price though we'll learn more on that in the next few days.