Microsoft announced this morning that the Lumia 630, the new entry-level Windows Phone 8.1 device, will go on sale in the United Kingdom next week, priced at just £89.95. The UK launch was held at the Microsoft Apartment in London, the company’s latest showcase for its technologies in the home.

But the Apartment isn’t just another demo environment filled with visions of the future that may, or may not, come to fruition. Rather, it’s intended to offer a much more realistic example of a present-day home augmented with Microsoft devices that are available to buy right now. 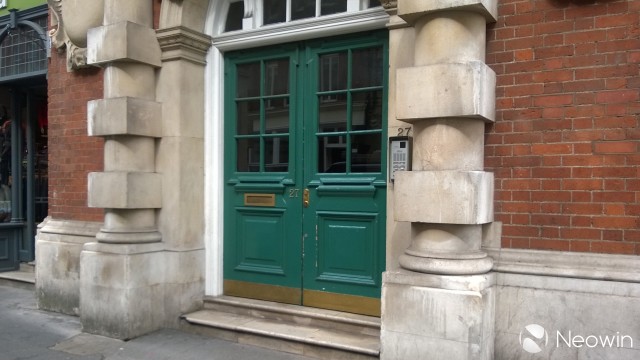 The property sits in the heart of London, a stone’s throw from the magnificent Covent Garden Market. From the outside, you would never know that behind these doors lies a home that many would be glad to call their own (although the décor may not be everyone’s cup of tea). 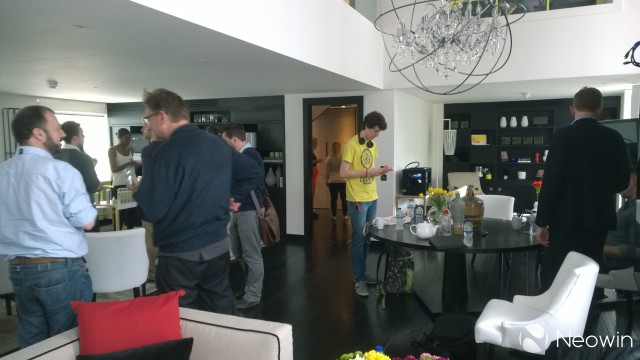 The main living area is a large open-plan space that’s perfect for entertaining fabulous and beautiful guests (or just a bunch of journalists), and includes plenty of real-world tech. 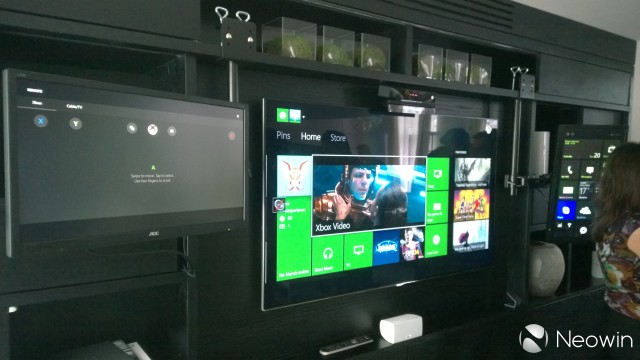 At one end of the living area is the lounge, and its crowning glory is this entertainment centre. In the middle, there’s a decent-sized TV connected to an Xbox One with Kinect. To the left and right of the TV are two Miracast-enabled displays that were set up for demos for the press; one was connected to a Surface 2, and the other to a Lumia 630, using the Miracast wireless screencasting standard. 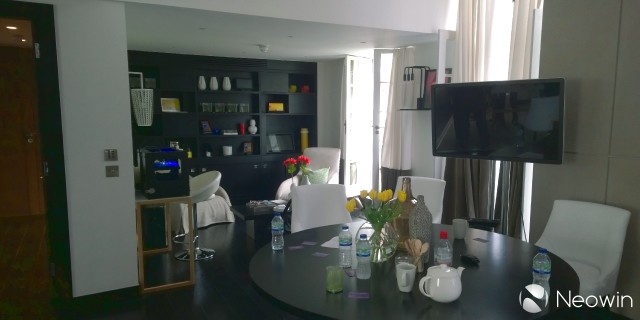 The other side of the living area is home to a multipurpose space that can be used for dining and, more importantly, for important meetings with co-workers. A large display can be put to use to help with collaboration and brainstorming sessions, or perhaps for video conferencing with colleagues back at the office. And of course, what modern home would be complete without a 3D printer?

A separate home office is also part of the Apartment, featuring a Surface Pro 2 (although perhaps they've upgraded to a Surface Pro 3 since my visit...!), but sadly, after seeing it briefly during an introductory tour, I wasn't able to get back in to snap some pics, as it was being used for one-on-one chats with one or two other journalists. D'oh! 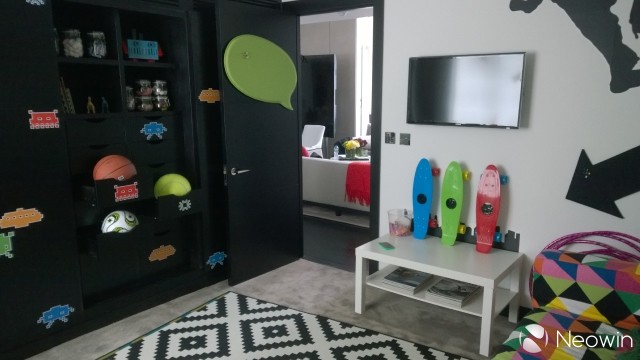 But why should grown-ups have all the fun? Microsoft was careful not to make its kids’ room an over-the-top, ADHD-inducing tech nightmare for the children, but that doesn’t mean the little ones can’t enjoy their own share of what the company has to offer.

They can play games on a device like the Surface 2, and with parental control settings, Mum or Dad can make sure that they don’t download any unsuitable content from the Windows Store, and can even set time limits to prevent the kids from spending too much of the day staring at the screen. The Surface 2, with its Miracast capabilities, can also stream video to a compatible TV, so that the children can watch Dora the Sponge Pig (or whatever it is kids are watching these days) on the big screen in the comfort of their own room. 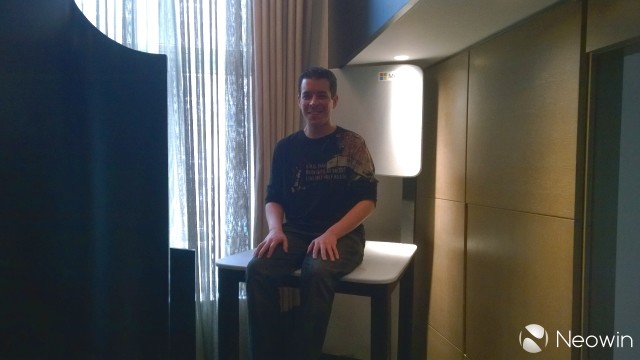 Every home, of course, needs a frickin’ enormous chair with a Microsoft logo on it. I’m told that the chair has co-starred alongside the likes of Jessie J and Cheryl Cole in their respective music videos, so my buttocks were afforded quite the privilege by being allowed to sit on it. (Microsoft reps told me that the original plan was to put the chair in the kids’ room, but they couldn’t get it through the door!) 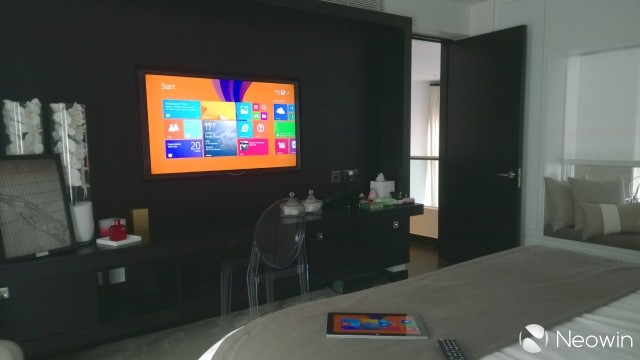 But while the little kids are playing in their room, and the big kids are grinning foolishly while sitting on the giant chair, the grown-ups still deserve a space to call their own, and where better to relax than in the bedroom?

When the bedroom is not being used for activities that are best left to the imagination, it’s the perfect place to switch off your brain and watch a movie. Here again, Surface 2 and Miracast come to the rescue, making it easy to sprawl in bed while flicking through the movie list on the tablet, before streaming it wirelessly to the big screen. 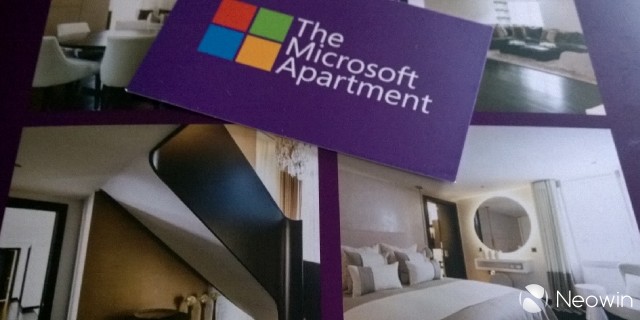 The Microsoft Apartment isn't quite as ‘out there’ as some of the more wild and outlandish ‘connected home’ concepts that we’ve seen. It doesn't go as far as incorporating fancy digital climate controls or talking washing machines or intelligent fridges.

Instead, the showcase home demonstrates how technologies and products that are available today can make life at home that little bit more enjoyable, and perhaps even more productive - and, of course, it's no coincidence that everything is linked and integrated through your Microsoft account across your devices.

Now, if I can just convince Microsoft to let me move in…

This article was updated after publishing to add a reference to the separate home office in the apartment.