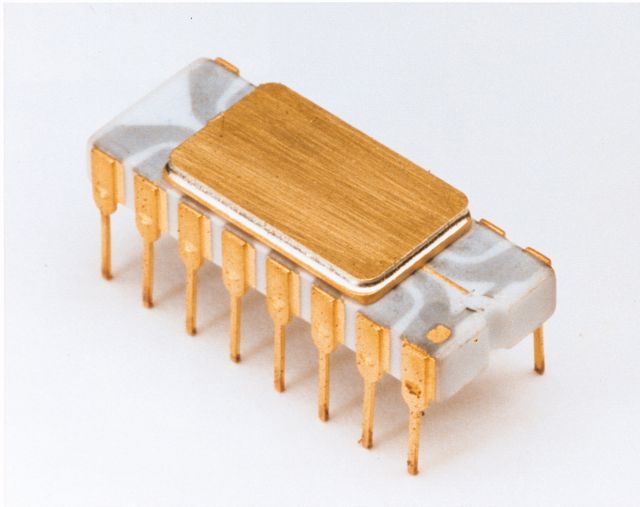 On November 15, 1971, the world's first commercially available microprocessor was released by Intel. The chip, the Intel 4004, had just 2,300 transistors inside. That was a massive amount 40 years ago but today, the latest processors from Intel have nearly one billion transistors inside.

Today Intel celebrated the launch of the 4004 microprocessor, comparing the product to the chips that Intel makes today. For one thing, the 4004 processor had a top clock speed of 740 kilohertz. Today's Intel Core processors now run at speeds of nearly 4 GHz (or even faster when overclocking methods are used). Even though today's processors run so much faster than the 4004, each transistor in a new Intel Core chip actually uses 5,000 times less energy than those found in the 4004. Pricing for transistors has dropped even more in the past 40 years, down 50,000 times compared to what they cost back in 1971.

The introduction of the commercial microprocessor has certainly changed the world. Pretty much every device has some kind of microprocessor on board, including cars, refrigerators, cameras and more.

Intel has plans to release new processors next year that will be made on its new 22nm manufacturing process which will allow for even more transistors to be put into a single chip.