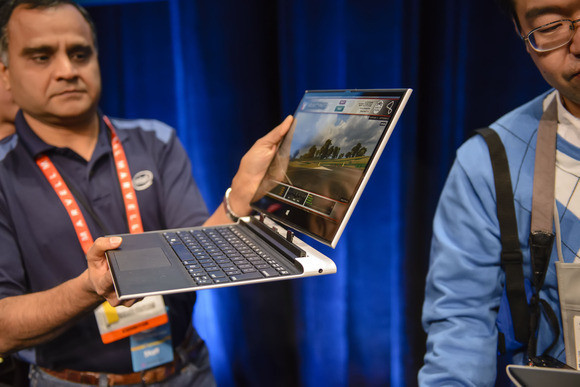 Intel are gearing up to launch their new range of Core processors, code-named 'Haswell', at the start of next month, and according to Rani Borkar, corporate vice president of the Intel Architecture Group, the new chips will focus strongly on improving battery life. Borkar says that Intel's Haswell chips will offer 50% more battery life in laptops compared to their last-gen 'Ivy Bridge' predecessors, as the chips are designed with portable devices in mind.

The longer battery life of these chips won't come at a performance cost, despite Intel focusing on lower power consumption for the fourth-generation Core line. In idle or standby modes the chips will reportedly perform even better, with Borkar stating that the battery life improvements could be more than 20 times better.

For tablet use, the reduction of the lowest power consumption of a Haswell chip down to 7W means that Intel-powered tablets will have similar battery life to a "content consumption" device, although performance will be better, according to Intel. A number of measures have been taken to reduce the power consumption, such as an on-chip power management unit and a consolidation of voltage regulators, which will hopefully allow Haswell chips reach the 10-hour battery life Intel has flaunted in the past.