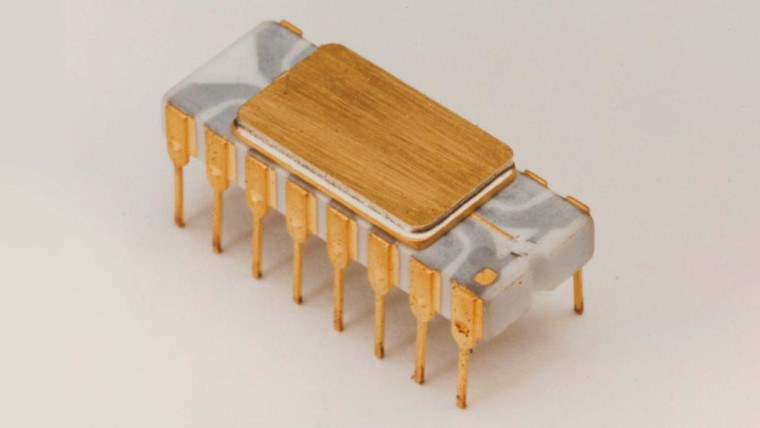 Intel is celebrating 50 years since the launch of the Intel 4004, the world’s first commercially available microprocessor that would be the basis for future chips that are used in computers and phones today as well as more cutting edge technologies such as Internet of Things (IoT) devices. According to Intel, the 4004 was important because it proved that complex integrated circuits could be built on a chip the size of a fingernail.

“This year marks the 50th anniversary of the 4004 chip. Think of how much we’ve accomplished in the past half-century. This is a sacred moment for technology. This is what made computing really take off!”

The Intel 4004 was developed by Intel engineers Federico Faggin, Ted Hoff, and Stan Mazor. Two years before the chip’s release in November 1971, Intel was approached by Nippon Calculating Machine Corporation about designing some integrated circuits for the Busicom 141-PF, an engineering prototype calculator that it was working on. Twelve chips were originally planned but eventually this was whittled down to four, of which, the Intel 4004 was one.

Similarly to how we look back at the NASA Apollo missions and balk at the idea that the on-board computers were far less powerful than our smartphones, the Intel 4004 was as powerful as the first electronic computer that was built in 1946 which was the size of a whole room.

Going forward, it will be interesting to see how long we continue to use machines that use the classical computing paradigm now that most of the big tech firms are working on quantum computers. According to IBM, quantum chips could outperform standard chips in some tasks in just two years.