A few days ago, the latest figures from industry analysts IDC showed that, as far the worldwide smartphone market goes, nothing much has changed recently. Android has extended its lead to take 84.7% of the market, Apple is a distant second with 11.7% share, and Microsoft remains far behind in third place with just 2.5%.

BlackBerry, meanwhile, has completely imploded when it comes to market share - having sold just 1.5 million devices last quarter around the world, it now has just 0.5% of the worldwide market, putting it in an emphatic fourth place. But all the other various platforms - small or niche operating systems that run on devices which sell in tiny numbers - are all bundled together into one category: "Others."

Finnish company Jolla - created by a team of former Nokia employees - is in that latter category. Its Jolla Phone - which runs its in-house Sailfish OS - sells in such limited quantities that even BlackBerry looks popular by comparison. And yet, as Forbes reports, Jolla chairman Antti Saarnio apparently believes that the company is doing far better than it is.

Saarnio recently attended the launch of the Jolla Phone on the Three network in Hong Kong, as the company slowly expands its international presence. "A wise man said nine months ago that the third mobile operating system is coming any day now," he said. "That man was Li Ka-shing, Asia's richest man. As Jolla launches today the Jolla smartphone with Hutchison Telecommunications, I claim that the day is today." 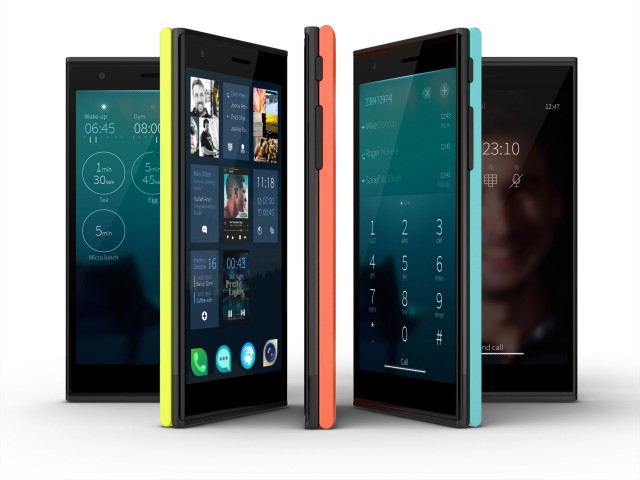 If you had to read that a couple of times, you're not alone - yes, Saarnio did seriously suggest that Jolla is the third mobile ecosystem. Not Windows Phone, not BlackBerry, but Jolla.

Until recently, Jolla's only carrier partnerships were in Finland, Estonia and Kazakhstan - not exactly world-defining markets. But the company clearly has big ambitions, despite its modest sales, and its partnership with Three in Hong Kong is strategically significant: "Hong Kong is a natural place to start with Three," Saarnio explained. "It is their home market, but they are also a global company so this launch can be a great stepping stone for Jolla to ramp up in additional markets."

Big ambitions are one thing; reality is quite another, of course - and the reality is that Jolla is very, very far from catching up with Windows Phone to take third place in the race for mobile supremacy. Indeed, it's evidently still quite far behind BlackBerry in fourth.

Nonetheless, Jolla clearly has big plans, and its launch in Hong ​Kong will be an important step in realizing its future potential, and more markets will see the device later this year too. The Jolla Phone will be available via Three in Hong Kong, free on premium contracts, or 2888 HKD (around $370 USD / €280 EUR) off-contract.