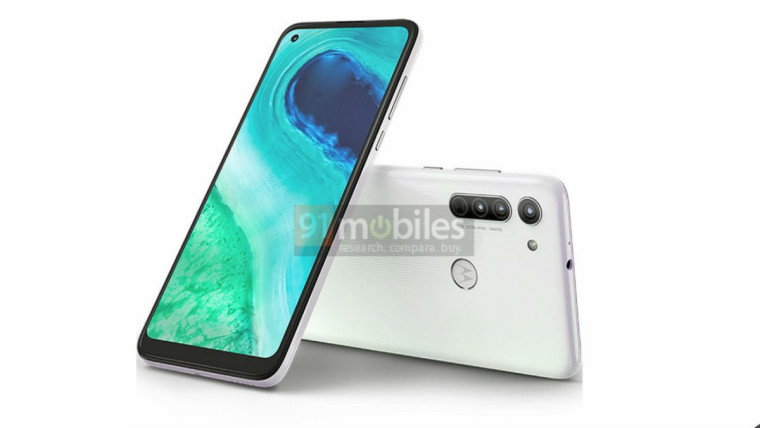 Renders of the Moto G8 have leaked online ahead of its possible announcement at MWC 2020 next month. The renders come courtesy of 91Mobiles and reveal the design of the phone.

The Moto G8 will have a design language similar to the Motorola One devices. The renders do make it clear that the device will be the first G-series handset from Motorola to sport a punch-hole display, with the cut-out located on the top-left corner of the display.

The rear of the device will feature a fingerprint scanner with the Moto logo emblazoned on it. The 3.5mm headphone jack is also present and located at the top. The triple-camera system will be placed vertically, with one of the cameras placed separately from the other two.

To go along with the renders, XDA Developers has also posted the detailed specs of the Moto G8 and the Moto G8 Power.

As per the leaks, the Moto G8 Power is going to be a slightly upgraded variant of the G8. It will feature a bigger and higher-resolution 6.36-inch FHD+ display, an upgraded 25MP f/2.0 selfie shooter, and a beefier 5,000mAh battery with 18W charging. The Moto G8 and G8 Power will launch with Android 10 out of the box. In selected markets, Motorola will sell the dual-SIM variants of the devices.

In addition to the above two handsets, Motorola is also working on another device with a stylus. It is likely that all these devices will be announced by the company at MWC 2020.