A couple of motherboard images bearing the 'Legion' logo - the gaming brand of Lenovo - were spotted online by Weibo user 'WolStame'.

One of these is a comparison between the newer Blade 7000 motherboard with its predecessor highlighting the upgrades, while the other image is a close-up of the new model showcasing the Legion brand and the robust build of the region around the CPU socket. 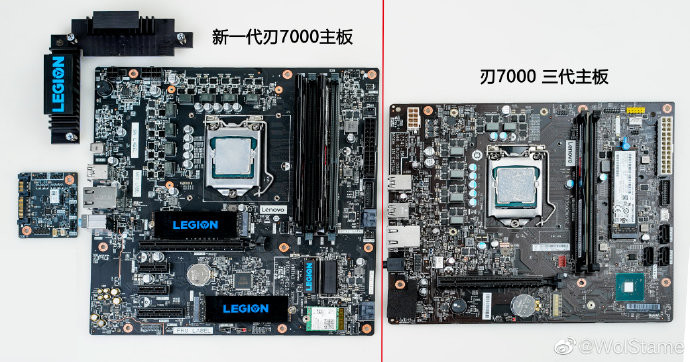 The board appears to be equipped with most modern features expected of a decent mid-high-end motherboard nowadays. These include:

For those unaware, Lenovo sells pre-built gaming towers with the 'Blade' branding and the company, in fact, recently announced an update to its 7000 series with Intel Coffee Lake CPUs, the Intel Core i7-9700F to be precise. Hence, it's very likely that the firm was showing off the capabilities of its new Blade 7000 series motherboards compared to its previous offering. Though, the possibility of a standalone launch certainly remains as these look quite well-made and could surely appeal to most gamers.

Regardless, it's still interesting to learn the differences that Lenovo has made under the hood in the new Blade 7000 gaming tower.