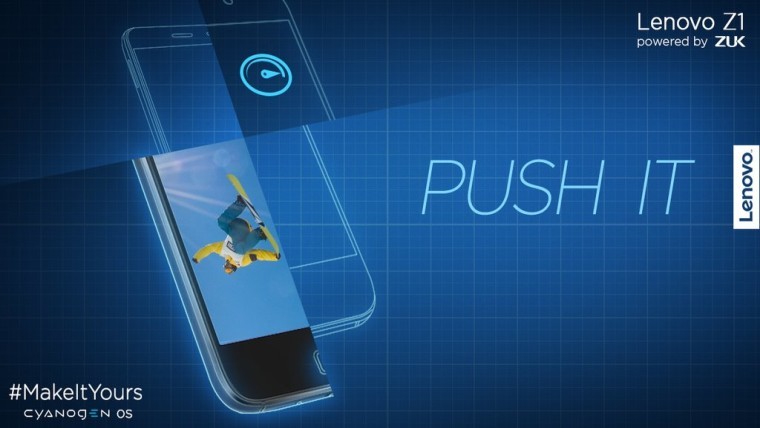 Lenovo recently unveiled the powerful ZUK Z2 Pro but the company's first smartphone, the ZUK Z1, is yet to be available in many markets outside of China and Europe. It looks like the device will be launching in India soon under the name Lenovo Z1, as the company has started a promotional campaign on Twitter.

Don't just own a phone, #MakeItYours. The Lenovo Z1 is coming. pic.twitter.com/Ltlxyt8YuN

Lenovo's tweet mentions that the Z1 is powered by ZUK, which seems to be a way to make people aware of the sub-brand while selling the device with a more familiar one. There is also the inclusion of the Cyanogen logo at the bottom, as the Z1 runs on the Cyanogen OS. This is rather peculiar, since Micromax was reported to have exclusive rights to sell Cyanogen-powered phones in India, which previously resulted in OnePlus dropping the custom ROM maker's logo from its devices.

The device features similar hardware specifications as the OnePlus One, with the exception of a bigger battery and a fingerprint scanner. The detailed specifications can be found below: