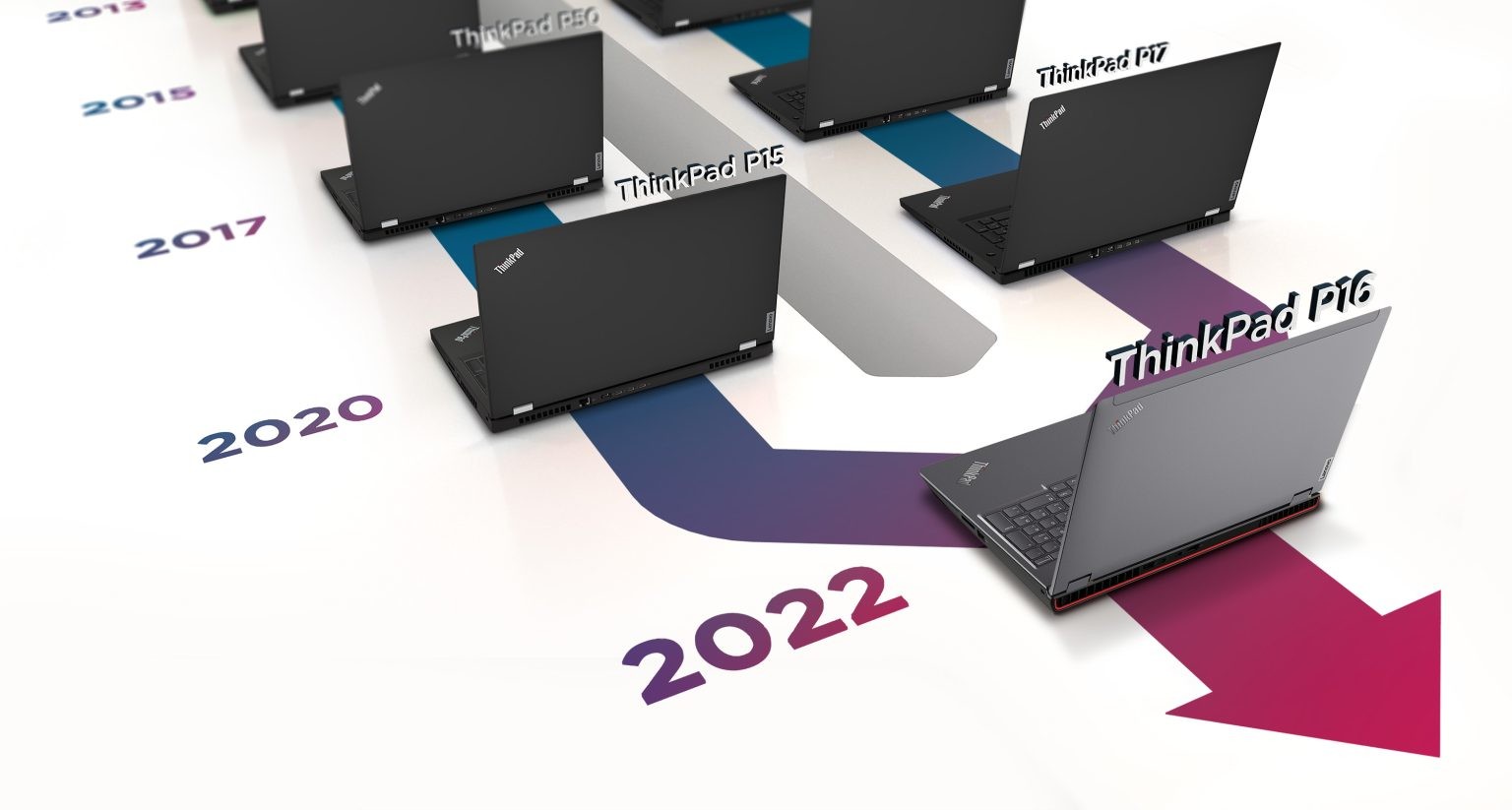 Lenovo has added a new device, the ThinkPad P16, to its line of ThinkPad P Series mobile workstations. It features a 16" aluminum storm grey casing and a red accent across the back for a modernized design. The device packs notable features from both the ThinkPad P15 and P17 in a 16-inch chassis.

Our customers have spoken, and it’s clear that they want the best of both worlds – a mobile workstation with top-of-the-line performance in a portable system that looks as good as it performs. The elevated external appearance of the new ThinkPad P16 better aligns with the extreme power found inside for a complete package – delivering the technology and sophistication to tackle even the most compute-intensive workflows, whether at home, on the road or in the office.

It also features a low blue-light display with a 16:10 aspect ratio. Higher vertical resolution and space, higher pixels per inch, and narrower bezels result in a higher screen-to-body ratio. The P16 comes with an OLED Touch option with pen support, a wider touchpad and a side-mounted fingerprint reader, and an FHD camera as well.

The new workstation is equipped with the Intel 12th Gen HX CPUs along with Performance-cores and Efficient-cores. Additionally, it features DDR5 memory technology and comes with support for up to NVIDIA RTX A5500 professional graphics with 16GB of dedicated memory. The Wi-Fi 6E, and 4G LTE option offer improved connectivity too.

It has a price tag of $1,979, and you can get your hands on the latest ThinkPad mobile workstation when the company will make it available for sale later this month.