FM radio support has been widely available on smartphones for many years, but next year will mark the beginning of the end for FM radio, when Norway becomes the first country in the world to switch off transmissions. With digital radio broadcasts already widely available in many countries, it's perhaps surprising that no smartphones have supported them so far - but LG is now changing that, with the announcement of DAB+ on its new Stylus 2 handset. 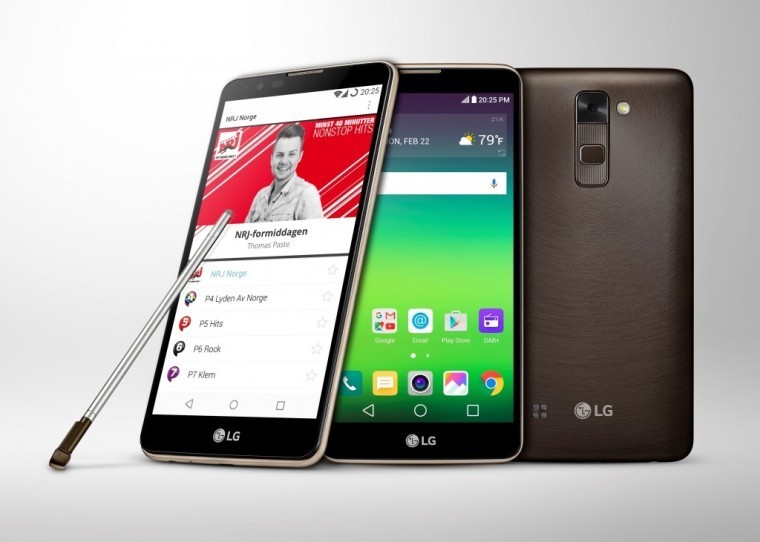 The device will come with Android 6.0 Marshmallow onboard, and will be sold with DAB+ support in Australia, Belgium, Germany, Italy, the Netherlands, the United Kingdom and, of course, Norway. It will include a dedicated app to help users switch between digital radio stations, and LG says that "a technical interface also enables broadcasters to develop their own tailored apps in which Internet services complement broadcasted radio."

LG says that over 500 million people in 40 countries already have access to DAB+, but it's not clear when the first of them will be able to get their hands on the Stylus 2, as it has not yet announced pricing information or an expected release date.