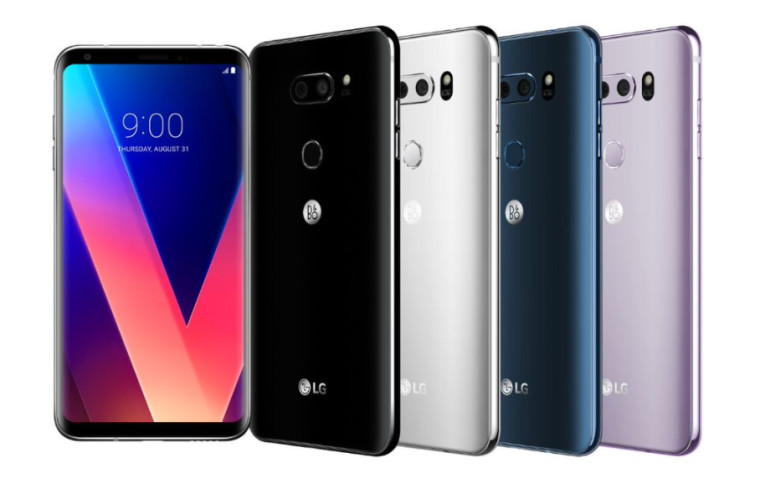 While rumors about LG's new V30 smartphone have been leaking for the last few months, the South Korean electronics maker only revealed it late last month. The only thing missing was a release date and price. Luckily, AT&T and T-Mobile have provided that for us.

The new phone in LG's V line will be available on October 5 and run for around $800 at retail. AT&T is offering a pretty sweet launch deal for the handset, in a buy one get one free offer through an AT&T Next installment agreement at $27 a month for 30 months. The catch is that you must also have or sign up for a DirecTV subscription as well. The phones will be available on October 5 through the company's website and in stores the next day.

In addition, since the phone is LG's first to be compatible with the Google Daydream View VR headset, if you purchase a phone before November 13, you will get the Daydream and VR content bundle for free via a special launch promo web site.

On the T-Mobile side, phones will start being available for pre-order on October 5 starting at 5 a.m. PT. The phone won't be available in-store until October 13, when customers can grab one for $80 down and $30 a month through T-Mobile's installment plan. The V30 will be the first to utilize T-Mobile's 600MHz LTE network, which launched in Cheyenne, Wyoming, and recently expanded to Scarborough, Maine. The network is expected to expand to even more locales in the next six months.

T-Mobile's release made no mention of a deal for a free Google Daydream.

A local Verizon rep could not say when the V30 would be available or the price, but Engadget reports that Verizon will also have it available on October 5. A local Sprint rep confirmed that it will be selling the V30, but could not give us a timeframe or price.

We were able to snag an early version of the V30 for an unboxing at IFA 2017.