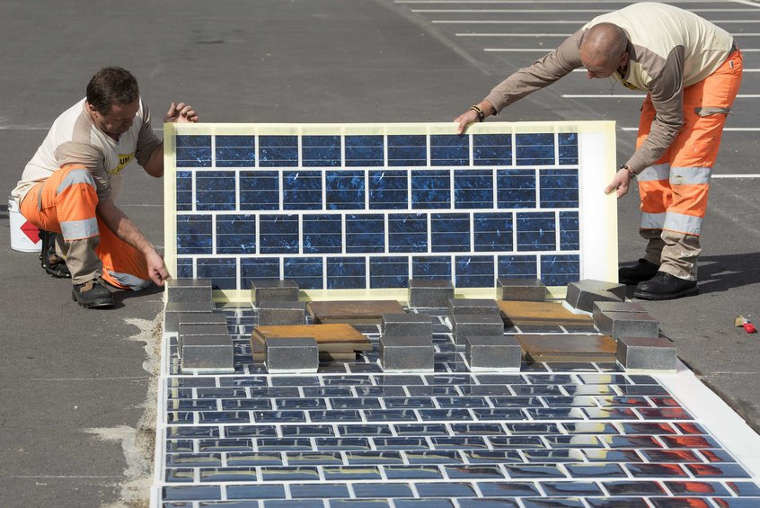 France's Minister of Ecology and Energy, Ségolène Royal, has announced that the government plans to pave 1,000 kilometers of road with photovoltaic solar panels, which will consequently provide electricity to 5,000,000 citizens of the country.

The Wattway panels that will be used in this initiative were unveiled by Colas Group in October, after five years of development. The panels collect solar energy using a thin film of polycrystalline silicon and are said to be able to withstand the weight of heavy duty vehicles as well as offer sufficient traction to prevent vehicles from skidding on its surface.

The minister plans to increase taxes on petrol to pay for the improvements on the country's transport infrastructure. The cost of oil has dropped off a metaphorical cliff over the last year so the introduction of a tax will not be so bad for people who need to buy petrol. The tax is expected to bring in between 200-300 million Euros.

According to Royal, the tenders for the initiative have been issued and tests on the panels will begin this spring. Deployment of the entire 1,000 km of solar panels is expected to take around five years. Currently the locations for the deployments hasn't been specified, nor has the total cost of the project.