Nokia is going all-out promoting their range of high-end Lumia Windows Phones, producing video ads that pit the Lumia 928, Lumia 925 and Lumia 920 against the latest Apple and Samsung devices in a low-light photo shoot-off. The Finnish company continues to promote these phones as having the best low-light camera going around, and now Microsoft is joining in.

On the Windows Phone website, Microsoft has published an infographic in conjunction with Nokia that highlights just how much time people spend in low-light conditions, obviously attempting to sway users to purchase a smartphone with superior camera performance in these sort of conditions. The image, which contains some interesting statistics, finishes with a short banner advert for the Lumia 928, and can be seen below. 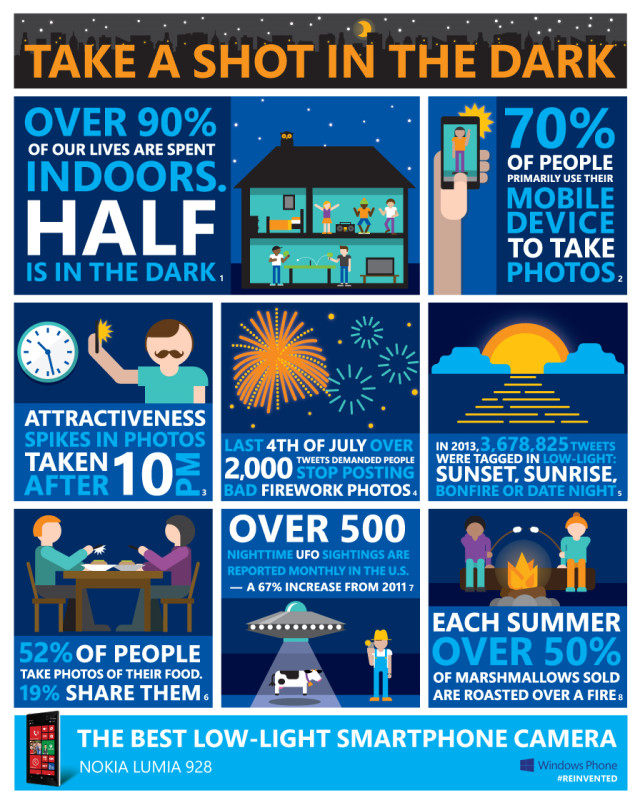