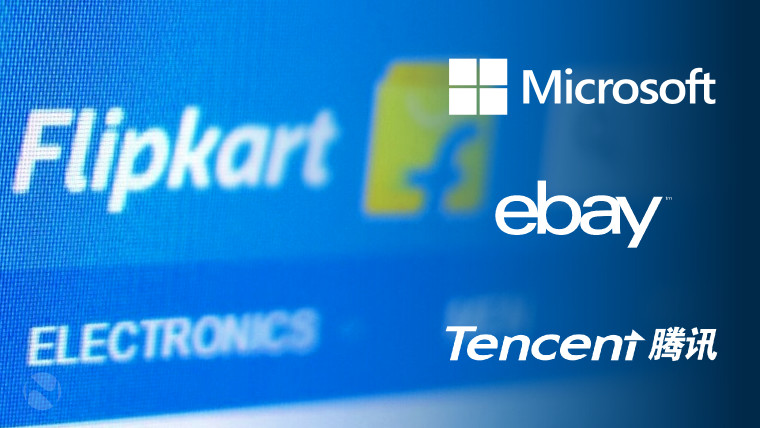 India's biggest online retailer has raised $1.4 billion (USD) in its latest funding round, and has joined forces with one of its largest rivals to strengthen its position against Amazon.

Flipkart announced today that Microsoft and Chinese tech giant Tencent both made investments, although it did not disclose their value. Significantly, eBay has also invested in Flipkart - to the tune of $500 million, according to Reuters - acquiring an equity stake in the company.

That agreement has effectively removed eBay as a competitor to Flipkart, which is now acquiring eBay India, although eBay.in "will continue to operate as an independent entity as a part of Flipkart". By working together, the two firms will hope to compete more effectively against Amazon. Last year, Amazon said that it would spend over $5 billion to boost its efforts in India, and has recently introduced its digital video and grocery shopping services there.

"eBay is committed to winning in India in partnership with Flipkart," eBay president and CEO Devin Wenig said today. He added: "The combination of eBay’s position as a leading global e-commerce company and Flipkart’s market stature will allow us to accelerate and maximize the opportunity for both companies in India."

We are delighted that Tencent, eBay and Microsoft — all innovation powerhouses — have chosen to partner with us on their India journey. We have chosen these partners based on their long histories of pioneering industries, and the unique expertise and insights each of them bring to Flipkart. This deal reaffirms our resolve to hasten the transformation of commerce in India through technology.

In February, Microsoft announced that it had become Flipkart's exclusive cloud service provider, as part of a major expansion of its Azure platform. At the time, Microsoft CEO Satya Nadella said that the company aimed to "empower every Indian and every Indian organization with technology, and key to this is forging strategic partnerships with innovative companies like Flipkart."