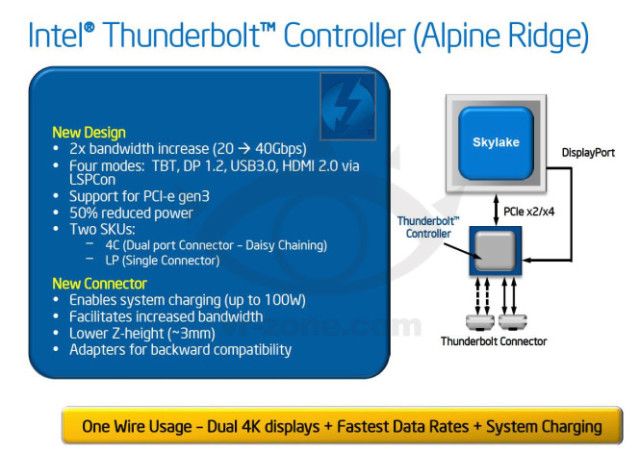 A subtle hint about the inclusion of a Thunderbolt connector in the Surface Pro 3 in place of a regular AC charging port was placed by Microsoft's Surface team during a Reddit AMA.

The Surface team hosted a Reddit AMA yesterday to talk about the recently launched 12-inch Surface Pro 3, but did not make any major announcements other than availability details. Most feature requests from users were turned down strategically. However, a new tip has revealed an interesting bit of information which was overlooked from the AMA, about the Surface Pro 3 featuring a Thunderbolt connector.

A Reddit user by the name sherryoak asked Panos Panay and his team, "where is the thunderbolt link? you could have external gpu's and make it a desktop replacement, i thought the 'ultrabook' standard included thunderbolt." In response, the Surface team posted, "When you buy your Surface Pro3, do me a favor, and take a close look at the 'power connector,'" suggesting that the latest Intel-based Pro 3 might indeed be featuring the latest connector standard for Ultrabooks.

The inclusion of a Thunderbolt port can add many more possibilities while using the Surface Pro 3, and it will be interesting to see whether it really does include one. We will keep you posted after confirming with our own review device soon.