Today, Microsoft sent out 'Save the date' email to journalists for a hardware event in New York City. The event will take place in New York City on October 2, and no additional information was provided. 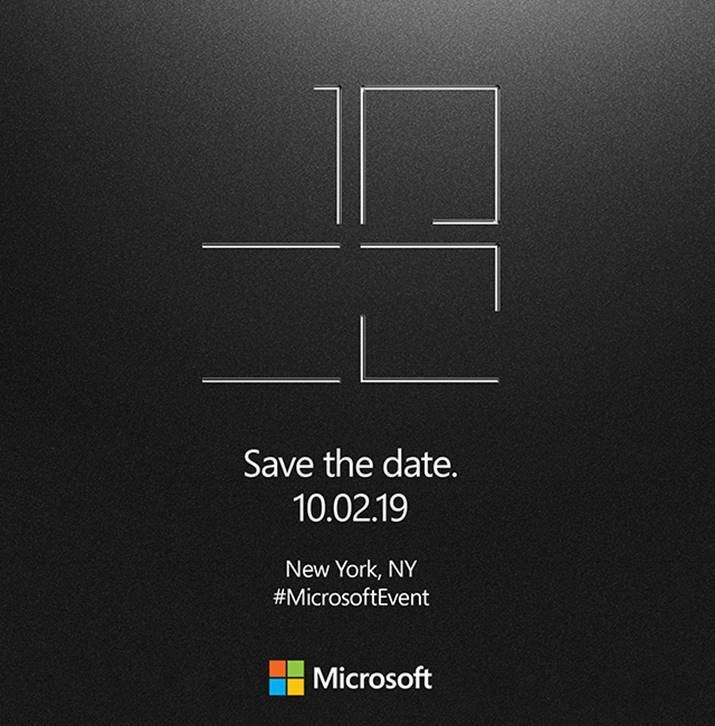 Of course, this is the usual time of year that we learn about new Surface products, and Microsoft should have quite a bit in store. For one thing, we'll likely see the rumored Surface Pro 7, which will come with Intel variants and a Qualcomm Snapdragon 8cx model, which will be the cellular version. I've also been hearing that Microsoft will debut native ARM64 support for its new Edge browser.

Other than those three products, it's unclear what else we might see, such as the rumored Centaurus dual-screen device running Windows Lite. A refresh of the Surface Go and Surface Studio 2 don't seem likely at this time, especially since Intel hasn't produced any new chips that would go in either product. Also, a Snapdragon 8cx Surface Go doesn't make sense if it's going in the Pro 7.

Of course, we'll be at the event, so stay tuned for more.