Microsoft regularly offers discounts on movies, TV shows, apps and games during various promotions such as the "Ready, Set, Summer" sale and "10 Days of 10 cent deals". Now, after offering massive discounts on over 250 Xbox titles in preparation for Black Friday, the company has extended a similar offer to Windows Store users as well by kicking off one of its biggest sales so far. Customers can now save up to 93% on select apps, games, movies, TV shows and music albums. 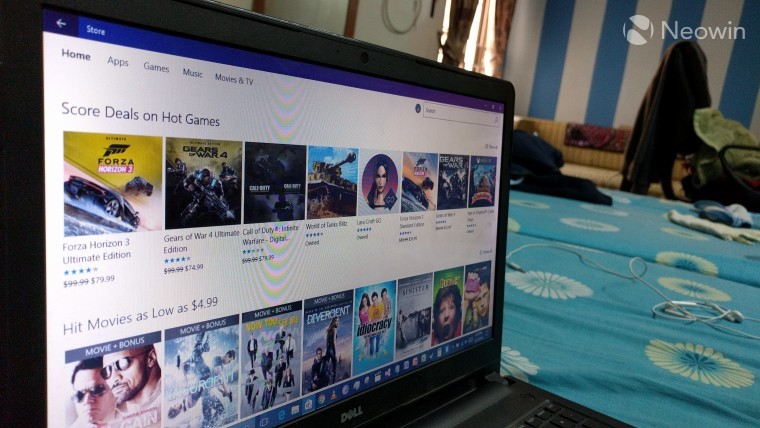 In terms of apps, Microsoft is offering up to 90% off on various popular offerings, the highlights of which include:

The company has lined up some hot deals for movie lovers as well, offering various titles for as low as $4.99 each. These include some of the most critically acclaimed movies such as Fight Club, Requiem for a Dream, No Country for Old Men and The Green Mile, among others.

For all the gamers that utilize its Windows Store as their primary gaming platform, the company is offering huge discounts on several games including:

Microsoft is also allowing users to save up to 50% off on several popular TV shows such as South Park, Orphan Black, Better Call Saul, The Blacklist and The People v. O.J. Simpson: American Crime Story, among others.

Lastly, for all the audiophiles out there, the company is allowing customers to buy music albums for $0.99 each, which equates to discounts of up to 93% in some purchases.

With that being said, most of these deals expire within the next 4-7 days, so if you're considering purchasing any of the discounted content, now's probably the best time to do so. You can view all of the deals in the Windows Store by navigating to the "Black Friday Deals" section.