Two weeks ago, Microsoft rolled out Windows 10 Insider Preview build 14291 from its next-wave Redstone development branch, including an early version of the long-awaited web extensions feature for its Edge browser. Just three extensions were available in that build - a short list that hasn't grown since then, although some third-party developers have already created their own extensions.

Today, in a session at its Build 2016 developer conference, Microsoft revealed that more extensions are in the works, and it's planning to offer some of them in its next Windows 10 Insider Preview build. That's more a statement of intent than a firm confirmation - Microsoft was quite clear that it is 'aiming' to include new extensions in the next flight, but obviously that could be pushed back depending on how the next preview build actually shapes up. 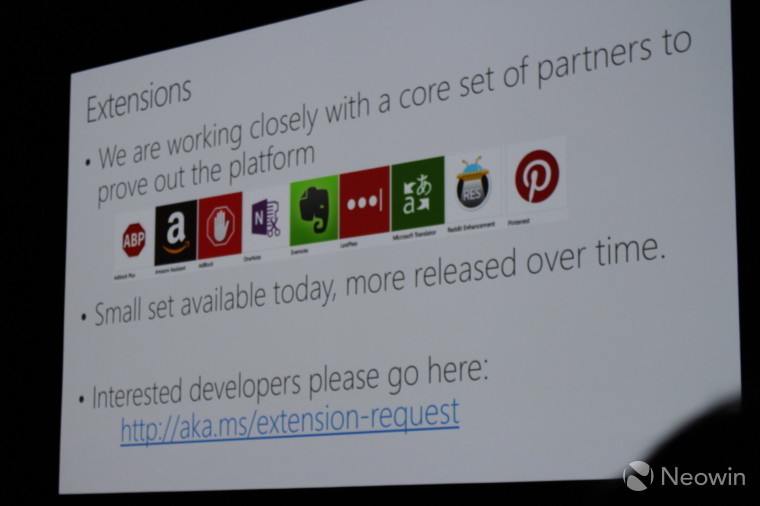 Among the new extensions that are likely to appear in the next preview are Adblock Plus, one of the first companies to confirm its intentions to offer an extension for Edge, last year. OneNote Clipper is also on the cards, and there are plenty of other extensions already in development too.

Microsoft said today that it will 'gradually' make new extensions available in future previews, carefully monitoring telemetry and user feedback on those that are released before it decides when to make more officially available. Microsoft has previously said that a major development priority with Edge extensions is to ensure that customers can use them "with the confidence that they will operate as expected", as well as with the security that users demand.