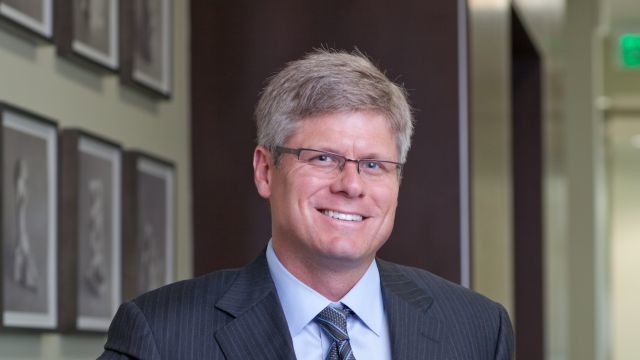 Could this man be Microsoft's next CEO?

The drama that is Microsoft's selection process for its next CEO continues to generate new rumors and stories. The latest such report claims that the company is now looking at current Qualcomm chief operating officer and president Steve Mollenkopf as a possible candidate for the gig.

Bloomberg reports, via unnamed sources, that Mollenkopf is one of several people that Microsoft's CEO selection committee is looking at seriously for the job. Microsoft's own cloud services head Satya Nadella is also still in the running, according to this new report. A few days ago, Nadella stated in an interview that he would remain at Microsoft no matter who was picked as its new CEO but would not comment on his own chances for getting the job.

This new report also says that Microsoft is considering several other unnamed candidates that currently don't work at the company. Ford CEO Alan Mulally was rumored to be the front runner for the Microsoft gig until just recently but now his chances has reportedly faded due to a feeling that Microsoft needs someone with more technology experience at the helm.

So who is Mollenkopf? He's 44 years old and has been with Qualcomm for nearly 20 years, joining the company as an engineer.  He moved up the ranks and was named as president and COO in 2008. He's also been a public defender of Microsoft and its Windows 8 strategy for some time. In November 2011, nearly a year before the launch of the OS, he said, "It will be pretty exciting, These types of opportunities where the ecosystem and market changes in a big way don’t come along very often." That certainly can't hurt his chances if he wants the Microsoft CEO position.