Microsoft returned to the massive Computex expo in Taiwan this week, and today the company showed off some of what its hardware partners have been working on in recent months, including devices that will soon be available around the world. Among them were various Windows devices - some already revealed, and some not - but Microsoft also took the opportunity to display some new Windows Phone handsets on the way.

One of two new hardware partners that were revealed for Windows Phone last month was Blu Products, a company based in Florida, and with a large customer base across Latin America and parts of the United States. Blu revealed a teaser of its first WP handset a few weeks ago on Facebook. 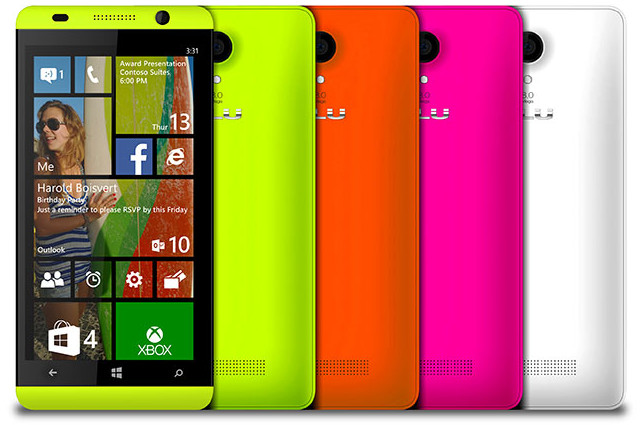 Today, Microsoft's Nick Parker (Corporate Vice President, OEM Division) gave a brief glimpse of two new Blu Windows Phones, including the 5-inch handset shown above. Info is light on both devices at the moment, but one interesting detail that some may appreciate is that the device pictured here appears to have physical Back/Start/Search buttons, rather than on-screen buttons, which many Windows Phone users oppose.

Launching in the US and Latin America later this year, the extraordinarily bright and vibrant colours pictured here are sure to make the device stand out in a crowd! 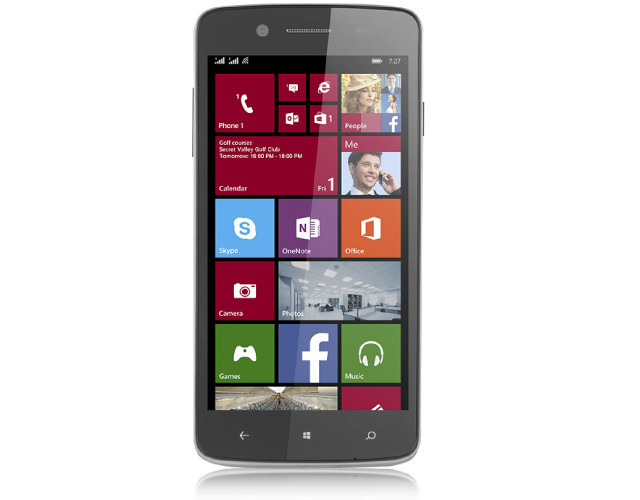 Another Windows Phone making its debut today is the Prestigio MultiPhone 8500 DUO above which, alongside the Blu device, is much less ostentatious. Microsoft announced back in April that Prestigio would be joining the platform, and the 8500 DUO appears to be the same device that was leaked last month.

Neither Microsoft nor Prestigio have yet confirmed the handset's specs, but according to the leak, it will feature a 1.2GHz Snapdragon processor, 8MP rear camera and HD (1280x768px) display. It will be available in Europe from next month. 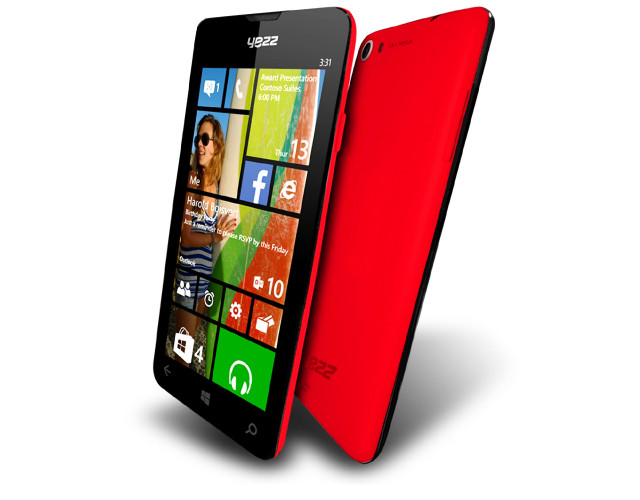 Parker also showed the Billy 4.7, a device which its manufacturer, Yezz, named after Bill Gates (!!). The Billy 4.7 will include a quad-core Snapdragon processor, 13.1MP camera and 4.7-inch IPS LCD with HD (1280x720p) resolution and Gorilla Glass 2, all squeezed into an incredibly slim body that's just 7.2mm-thick - even thinner than an iPhone 5s. It will be priced at $249 USD / €229 EUR, and will soon be available in Europe, Latin America and the United States.

The Yezz Billy 4.7 will be joined by a smaller model, the Billy 4.0, which will include a 4-inch display, 8MP camera and a quad-core processor, for just $139 / €129. Both devices will be sold exclusively through Amazon.

Parker also added InFocus to the increasingly long list of manufacturers that have committed to the Windows Phone platform, and showed numerous Windows Phone prototypes and reference designs from ODMs such as BYD, Compal, Pegatron, Quanta and Wistron, which these companies will soon bring to market with other brands.

Many brands that had previously given Windows Phone a wide berth are now welcoming it with open arms, after Microsoft's announcement earlier this year that it was dropping licensing fees for the OS.