Microsoft frequently comes under fire from consumers for its overzealous approach to promoting its own services in Windows 10. People who use Google Chrome repeatedly get notifications about how the browser is draining their device's battery life and that they should switch to Edge. Windows 10 promotes Microsoft Store apps in the Start Menu, and even Microsoft's browser extensions for Chrome.

Now, the Redmond tech giant is taking it one step further with Office 365 ads in the default Mail app for Windows 10. 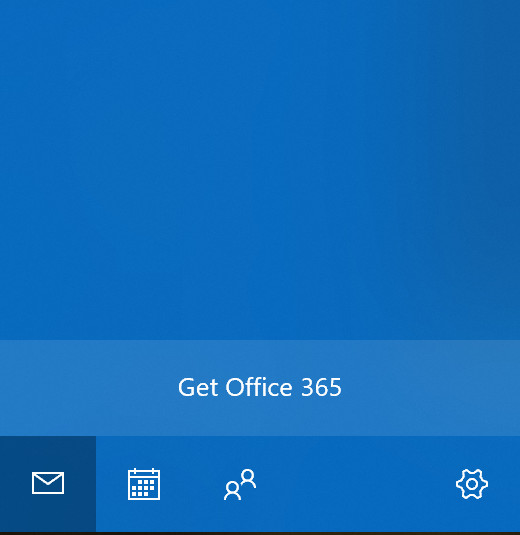 According to numerous Windows 10 users on Reddit, the latest update for the Mail app has one noticeable change: it has started showing a "Get Office 365" advertisement (shown on the right).

The aforementioned ad shows up when the left pane of the app isn't collapsed, and there doesn't appear to be any way to turn these ads off just yet. It is important to note that the Get Office 365 button hasn't appeared for everyone yet - my Mail app on the latest version 17.9126.21425.0 hasn't shown it yet.

It also appears that the ad only shows up for hotmail.com or outlook.com accounts and will not show when using email accounts with other providers, such as Gmail.

This latest advertisement only adds fuel to the debate about whether it should be acceptable for Microsoft to promote its own services in its own operating system. Recently, it was revealed that the company is testing a new feature that would force Mail users to open links in Microsoft Edge, regardless of their default browser. While some defend Microsoft's moves, saying that the firm is free to promote its products in its own services, others argue that it undermines the concept of freeware.

What are your thoughts on the matter? Should Microsoft be showing ads for Office 365 in the Mail app? Let us know in the comments section below!