It's the first Friday of a new month, and that means a brand new Humble Monthly Bundle has surfaced. Replacing the triple offering of early unlock games from the April bundle are three new games.

You will have to fork over $12 to get these three early unlock games, with the rest of the bundle being revealed and delivered on May 4. 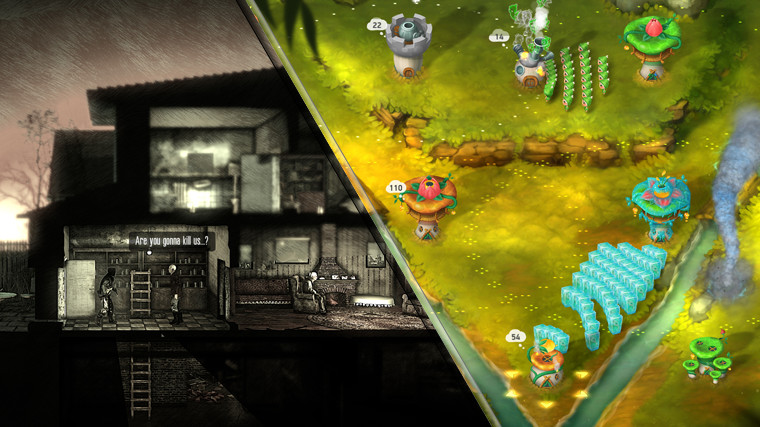 The indie hit, This War of Mine, by 11 bit Studios has gone free to play this weekend on Steam to promote the studio's upcoming game, Frostpunk. This War of Mine has you playing as a group of civilians trying to survive in a city under siege by scavenging supplies and avoiding soldiers, all the while making some tough decisions on the way.

If you're up for a more light-hearted indie title, there is also a free Steam weekend for Mushroom Wars 2. The RTS game has you in charge of a mushroom commander as you fight against other players or take part in the story campaign.