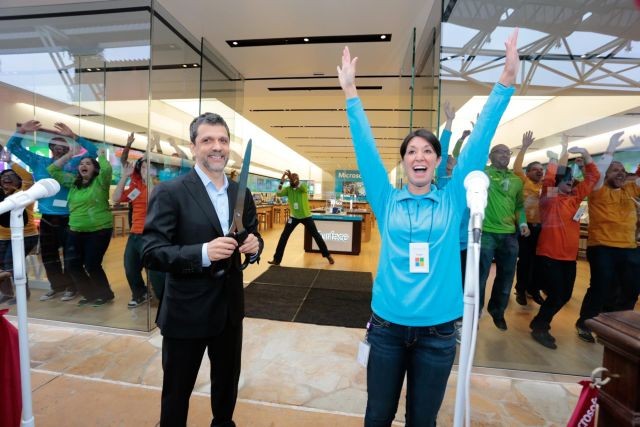 Microsoft apparently has an aggressive plan to open up many more of its smaller specialty retail stores in the US. Earlier this month we reported that such stores would be opening in Tampa, Florida and Philadelphia, Pennsylvania, based on listings on Microsoft's Careers website. So far, Microsoft has yet to officially announce these new store openings.

Today, a new check of the company's hiring webpage shows that Microsoft is looking for people to work in quite a few other previously unannounced new specialty retail stores. Specifically, the locations are in Providence, Rhode Island, Sacramento, California, Arlington, Texas (in the Dallas-Fort Worth metropolitan area), Novi, Michigan (in the Detroit metro area) and Elmhurst, New York.

Microsoft launched these specialty store fronts in the fall of 2012, around the time of the launch of Windows 8 and the Surface tablet, and they tend to be smaller in terms of square space, with many of them created as mall kiosks that sell a limited number of Microsoft-themed products.

Microsoft currently has 65 combined full and specialty retail stores open in the US and Canada and has officially announced plans to open up four more all new stores, with five other existing specialty stores graduating to full store status in the future. Adding in the specialty stores based on their listings on the Microsoft Careers website shows that Microsoft has plans to open up 16 additional retail store locations in the next several months.