In 2012, Microsoft started selling special chrome Xbox 360 controllers, beginning with red, blue and silver color choices. In 2013, a special gold chrome version of its Xbox 360 controller also went on sale. Apparently, Microsoft likes the look, and the sales of these chrome gamepads and decided to expand the lineup with two more selections, which have colors that look like they would be featured in a hip-hip video. 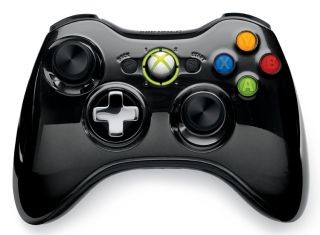 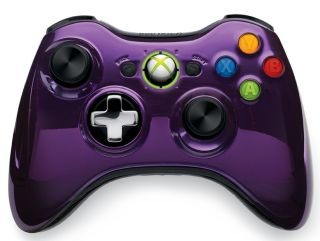 The Major Nelson site reveals that Microsoft will begin selling black and purple chrome Xbox 360 controllers in March. Both products will be priced at $54.99, about $5 more than the standard controller, and both will include the transforming D-pad. The new gamepads will be sold in Microsoft Store retail locations and its website. The black controller will also be sold at Walmart, while the purple version will be found at Best Buy stores in the U.S.

Microsoft has already announced plans to release a limited edition controller for the new Xbox One console, which will contain a graphic design inspired by the upcoming first person shooter Titanfall. That controller will also be released in March for $64.99, on the same day that Titanfall itself is released.