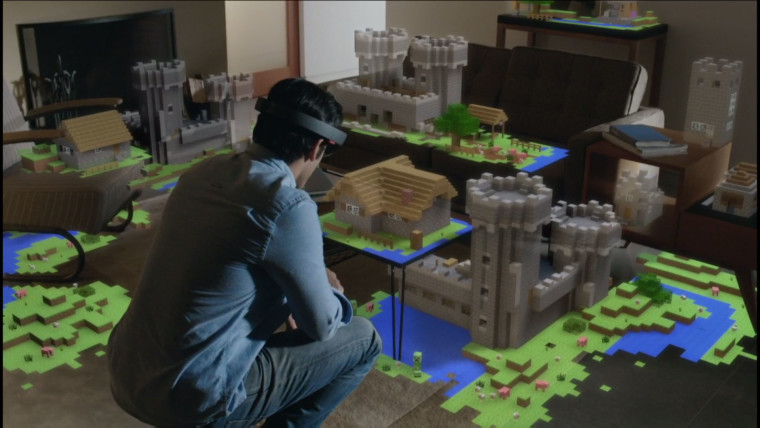 Microsoft’s HoloLens is an exciting piece of technology that spurs people’s imagination. And that’s why the company is seemingly looking to sell its vision to advertisers this week at Cannes.

HoloLens could be a revolutionary device for Microsoft and the world at large, with countless possibilities from education, to gaming, to medical and so on. But the company’s plans also involve much more down to earth prospects, such as making money from advertising.

That’s why Microsoft is present at this year’s Cannes advertising special and is inviting clients and partners to test out the HoloLens. Seemingly looking to wow the ad industry, Microsoft’s demos are designed to showcase what a unique experience it can offer.

According to the Wall Street Journal, Microsoft is looking for upwards of $10 million in commitments from its advertising partners to build holographic ads for their brands. However, others say the price is lower but that the company is very confident in its product and negotiating hard.

All of these moves come after Microsoft has continued to share its vision of the HoloLens and wow consumers with demos at various events, including at the very popular E3 gaming conference this month.

Despite that, some partners are still anxious. According to the same report, the lack of official availability, pricing and further details regarding the HoloLens is making some people weary of committing. Still, according to one executive, everyone who has tried the device is now a convert, and all Microsoft needs to do to gain trust is simply stage more demos.

It’s exciting to see if HoloLens really takes off and realizes its full potential, so we’ll be keeping a very close on Microsoft’s potentially revolutionary product.