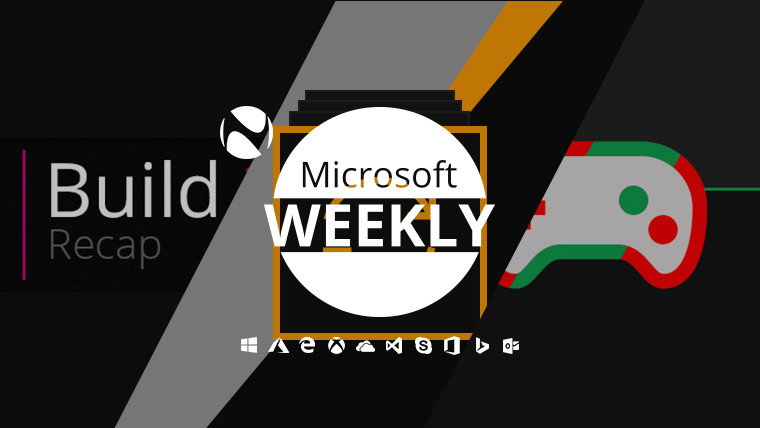 There’s been a lot of back and forth this week, with the arrival of the Build 2018 conference. Everything from business to consumer is here in your Microsoft digest for the week of May 6-12.

The flagship Microsoft conference took place this week, and as expected, it was packed with information about both its consumer and business products. 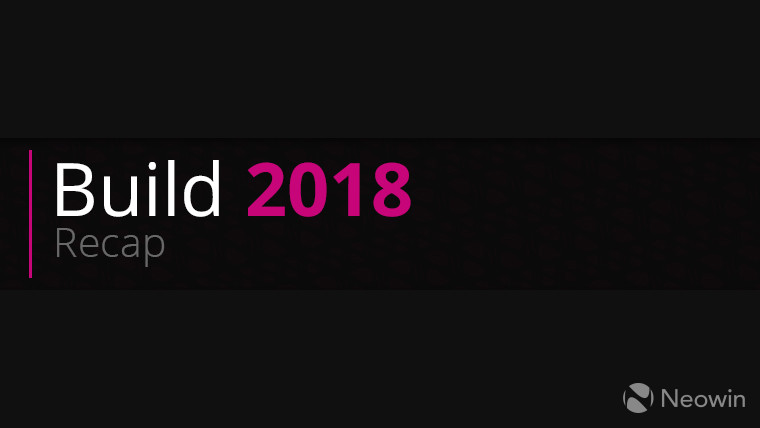 First off is a feature from the April 2018 Update, Windows Timeline. Users of the Microsoft Launcher on Android or indeed Edge on iOS will be happy to know that the feature is coming to these respective products.

Next up on the list of announcements is an app called Your Phone, which aims to transition content like messages, notifications, and photos, seamlessly between Windows 10 PCs and mobile devices. While it is coming in a future release of Microsoft’s desktop OS, it has been demoed at Build, with emphasis on the cross-device capabilities. One such capability is that of answering texts on your PC or editing pictures from your phone on the PC via the Windows 10 Photos app.

Continuing with the rather big announcements, the Redmond giant has confirmed that its Fluent Design System is coming to Win32 apps, presumably in a push towards UI consistency. This is not a moment too soon, as there are a number of improvements coming to Fluent in 2018. A more simplified color system, contextual commanding, reveal focus, Z-depth and shadow, and Acrylic material in transient UI are just some of the myriad of enhancements scheduled to show up.

If you want to put a pin in your calendar so you’ll remember about these features you can now choose between Alexa and Cortana to do the job for you. While still in private beta, the feature was shown off at Build. For businesses especially, another feature that might be worth examining is the upcoming Adaptive Cards, which will show up in Outlook, Teams via Microsoft 365. These essentially allow dynamic content to show up in messages from the aforementioned services.

Microsoft seems to be treating AI very seriously, as it has announced a $25 million investment in its AI for Accessibility program, and has brought its Kinect technology over from Xbox to Azure.

Since the presence of AI is ever-increasing, as is the digital side of people’s lives, CEO Satya Nadella also took a moment to remind folks of the need for an intergovernmental privacy framework, sparked in no small part by legislation like the GDPR and the CLOUD Act.

Updates do have a habit of showing up on a regular basis, but sometimes the synchronicity between devices and systems is downright interesting. 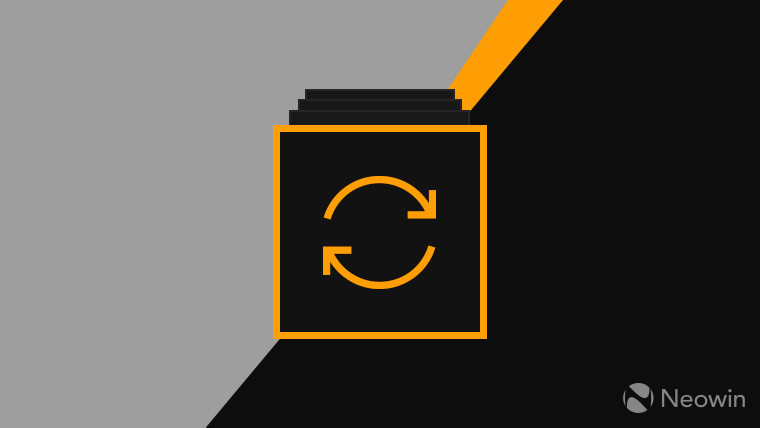 We begin this section with not very good news, as some PCs running the April 2018 Update were unable to boot following the 17134.48 cumulative update from Patch Tuesday. Though it didn’t affect everyone, the problem was sufficiently widespread to warrant some attention. Nevertheless, other Windows 10 versions have been updated as well. These are:

Updates have also been directed towards users on Windows 7 and Windows 8.1:

Not just those on stable version of Windows 10 got something new, but also Insiders. Those in the Fast ring were presented with build 17666 which brings improvements to Sets, the clipboard, and extended line endings support in Notepad, as well as Notepad search with Bing, Start tile folder naming, and a preview of the dark theme for File Explorer. Some of the well-known Office-Sets integration issues are still around in this build, as are some Mixed Reality and Movies & TV problems.

The good news is that build 17661 of the SDK is also available – as is the ARM64 SDK - and users on the Slow ring should look forward to more frequent builds heading to their ring with Redstone 5.

What’s also heading towards them – and everyone else – is a preview of the PWA version of Microsoft Teams, which presumably will also be getting some of the new display modes coming to PWAs via Redstone 5.

Last but not least, Timeline is also getting some improvements, with Cortana being able to offer you the ability to pick up where you previously left off, and the inclusion of browser tabs in Sets.

After a long day of productivity and general office work, some folks like to wind down and play a game. This section is for you. 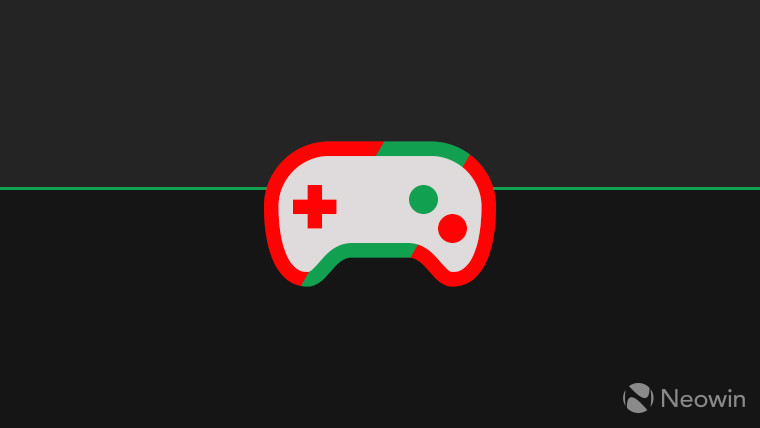 The headline feature here is that you will soon be able to gift games on PC through the Microsoft Store. Gifting has also been expanded to include all Xbox One games, but there are limitations, such as the gift giver and the recipient needing to be in the same region.

Sticking to the Xbox, system update 1805.180506-1920 has rolled out to the Alpha Insider ring, including the capability to organize games into multiple collections and customize the name of these collections. Furthermore, these groups can sync across Xbox One consoles, since they are linked to your account.

If you game library needs a boost, there are some Deals with Gold worthy of your attention, such as the 75% discount on Blood Bowl 2. But if none of the deals listed catches your eye, you can always go back to playing Sea of Thieves, whose ‘The Hungering Deep’ feature trailer will be available next week.

One last thing to take into consideration is that an issue with the PC build for this week’s Sea of Thieves update has caused Rare to delay its rollout until the issue is fixed.

We end with a bit of a strange patent on Microsoft’s part. 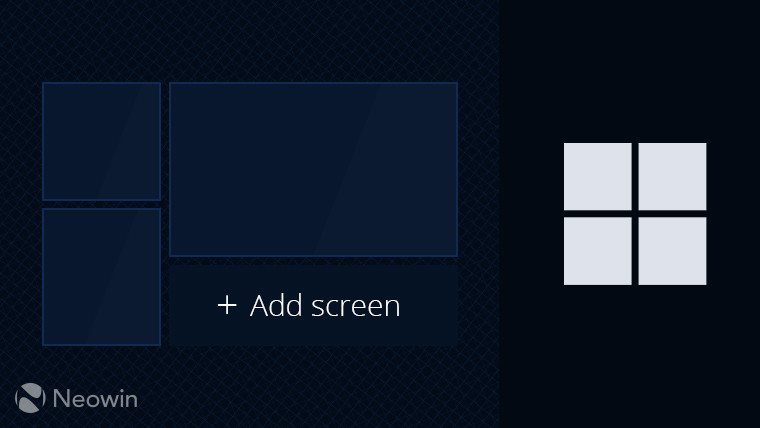 This particular implementation in the Redmond giant’s eyes has to do with using not one, not two, but in fact three different displays in a device. Having a foldable unit as the basis, the third screen would be located on the hinge, and adapt according to the degree to which the device is folded.

It’s certainly a novel idea, and with the advent of foldable displays, it might not be quite as crazy of a concept as it first seems.