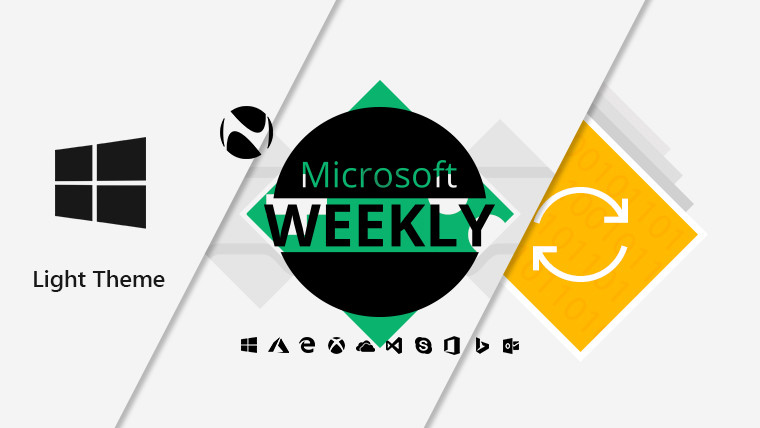 Whichever way you put it, it’s been an interesting week for fans of the Redmond giant. We’ve seen the usual assortment of Patch Tuesday fixes – complete with the October 2018 Update re-release -, a step in the right direction towards UI consistency, and a pretty interesting Xbox anniversary. All that and more can be found in your Microsoft digest for the week of November 10-16.

Remember how folks were perhaps not too pleased with Windows being inconsistent in terms of design? A recent addition to the Insider builds from Microsoft is a step in the right direction towards addressing the aforementioned inconsistencies. 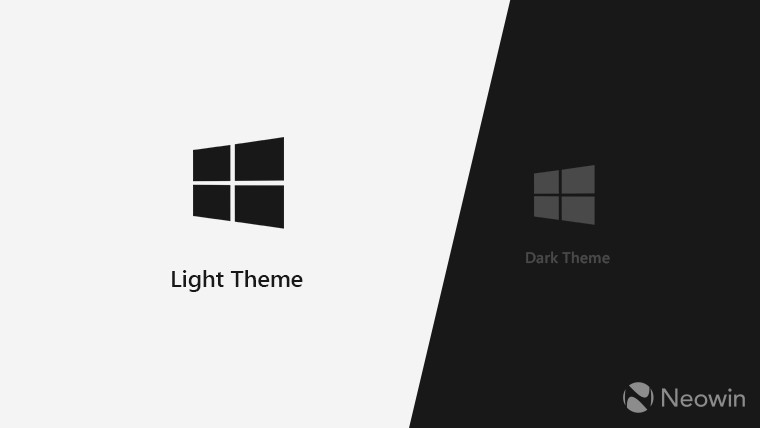 Around mid-week, Microsoft released a cumulative update for build 18277 in the Fast ring which fixed a media display bug that was causing “unexpected display rendering” for some folks. Furthermore, this build was blocked on a small number of PCs using Nuvoton (NTC) TPM chips with firmware version 1.3.0.1. This, of course, is due to a bug, but there’s no ETA on when the block will be lifted.

If you weren’t affected by the block, you might’ve been able to spot a brand new search / Cortana UI in build 18277. Implementing a tabbed UI element across the top in addition to the one on the left, this design refresh takes a tad more space. It’s perhaps merely a stopgap between what we have now and the eventual separation of Cortana and Windows Search in the final version of 19H1.

And yes, for those wanting a more consistent experience, Microsoft is finally taking steps in the right direction. Beyond the improvements to Snip & Sketch, printing, Windows Update – which now surfaces the ability to pause updates -, Narrator, and display brightness, there are two theme-related things happening in build 18282 for the Fast ring.

One is the fact that the OneDrive flyout now supports the system-wide dark theme (though it implements a more sensible dark grey background rather than stark black), and the ‘Light’ theme option in Windows 10 is now actually light throughout. As opposed to its initial ‘light everywhere except the Taskbar, Start Menu, and Action Center’ this incarnation of the light theme goes all out. Though it may not please everyone – nothing really does -, it’s nice to see rather big inconsistencies like these being addressed. The late inclusion of this change is especially interesting in light of the fact that Windows Phone 7 had consistent system-wide light and dark theme support back in 2010.

Nevertheless, there are of course a few fixes and bugs to be aware of. An issue that prevented Win32 apps from being set as default in certain cases is now fixed, as is the context menu bug in Task View. Narrator has gotten a few improvements both in its Scan Mode and Chrome integration, the PDC_WATCHDOG_TIMEOUT green screen of death should be no more, the Action Center now has a matching shadow with the rest of the taskbar flyouts, and File Explorer shouldn’t freeze anymore when interacting with video files. Furthermore, fuzzy text in certain x86 apps and games has been fixed, and if you get an error citing unexpected kernel modifications in a game, Microsoft states you should check to see if said game has any updates.

In terms of remaining bugs, some PDFs may still display incorrectly in Edge, hyperlink colours in Dark Mode Sticky Notes still need work, the Settings page still crashes when changing your password or PIN, the enable / disable toggle for Dynamic Lock is not in the Sign-in Settings, Remote Desktop may show a blank screen for some users, and Settings will crash if you click on “View storage usage on other drives”. And yes, if you’re a developer and you switch from the Fast to the Slow ring, you won’t be able to enable developer mode. You need to remain on the Fast ring to enable this optional content.

Games aren’t exactly scarce these days, but that doesn’t stop folks from being excited by a particular game’s arrival on other platforms. 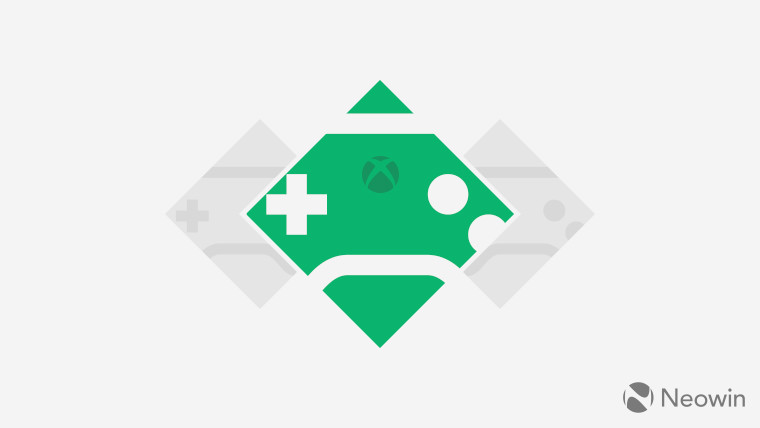 Fans of Sunset Overdrive got a bit of attention this week as an Amazon listing hinted at the title’s imminent release on PC. It turned out to be true, as the port was announced for Windows 10 on November 15, followed by its availability on both the Microsoft Store and Steam a day later. Priced at $19.99, the Play Anywhere title includes all of the season pass content, so the Rise of the Fallen Machines plus The Mystery of the Mooil Rig expansions and Weapons Pack DLC.

If 20 dollars is not quite the price point you’re looking for, how about free (with an asterisk)? Xbox Live Gold subscribers have gotten their latest round of freebie titles, which now includes Race the Sun for the Xbox One and Dante’s Inferno for both the current and previous-gen consoles.

Speaking of previous-gen, the venerable DirectX Box, or original Xbox as it eventually came to be known, is 17 years old. First made available on November 16, 2001 in North America, the powerful home console was Microsoft’s first foray in this space, going against established players like Nintendo and Sony. More than a decade and a half later, Xbox is still alive and kicking thanks to some rather sweeping changes in the overall approach.

On the subject of changes in approach, Xbox chief Phil Spencer stated that he is committed to fixing the Microsoft Store for PC gaming, and that despite the company’s plans for a streaming-only next-gen Xbox variant, game streaming won’t be all that popular for another few years.

With all that in mind, reports have surfaced about a potential Xbox variant without a disc drive that’s coming in 2019. Arriving a year before the supposed generational refresh codenamed Scarlett, this hardware iteration is going to be priced much lower, supposedly under $200. This would no doubt be quite interesting to position against existing set-top boxes like ones from Roku for example, especially in light of the console’s support for keyboard and mouse input.

As it has the habit of doing, Microsoft pushed out a series of updates on Tuesday, covering a variety of products. This shouldn’t be of any surprise to those familiar with the firm’s monthly Patch Tuesday update pushes. 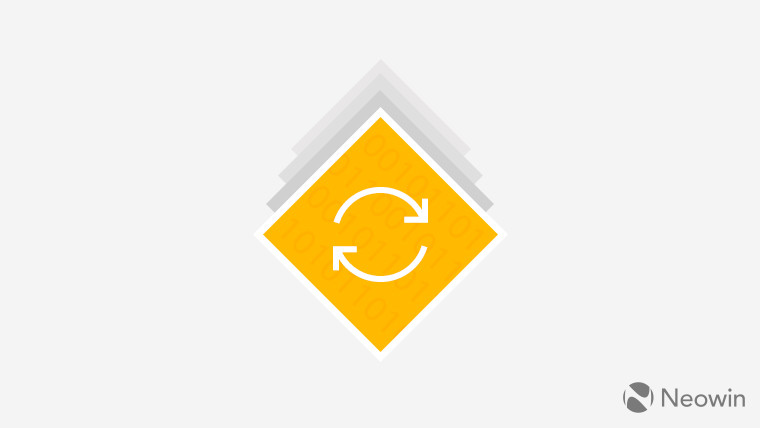 Starting a little differently this time, if you’re on Windows 7 or 8.1 (and indeed their server variants), this is what you need to be on the lookout for:

While patches for all Windows 10 versions are available, some folks are understandably still wondering about version 1809. Wonder no more, as Microsoft has re-released both the consumer-facing and Server 2019 variants of 1809 more than a month since the original release. Though it’s anything but October anymore, the update retains that month in its moniker and comes with the following fixes:

In case you thought that was all, the 1809 re-release (maybe 1809 R2? 1809 Second Edition?) has three more known issues. The first one concerns mapped drives which may fail to reconnect after logging onto a device with a workaround being currently provided, and a fix coming ‘In the 2019 timeframe’. The second relates to Trend Micro OfficeScan and Worry-Free Business Security software which has a compatibility issue with 1809, and thus devices running this software won’t be receiving the 1809 (R2) just yet. Finally, another set of blocked devices are those with AMD Radeon HD2000 or HD4000 series GPUs, due to the INVALID_POINTER_READ_c0000005_atidxx64.dll error. Microsoft is currently looking into this issue.

Given just how late 1809 actually arrived, it's perhaps no surprise that Microsoft added the Snapdragon 850 to its April 2018 Update (1803) processor requirements.

Other Windows 10 versions have of course gotten their own share of patches, as follows:

While we’re on the subject of patches, Surface Go owners should go have a look at Windows Update too, since the device has gotten a laundry list of firmware fixes ranging from the Surface Pen integration to the tablet's wireless adaptor.

Jumping to the cross-platform part, folks using Whiteboard for iOS got to enjoy the app’s biggest update since release. Version 1.1811022 brings the ability to lock an image, has an Accessibility Checker, improved sticky note editing experience, recognized shapes have a hand-drawn effect applied to them, the whiteboard has an opening animation now, and of course, there’s a slew of performance improvements and other general bug fixes.

We end with what is the more or less long-awaited return of 1809 to the update servers. 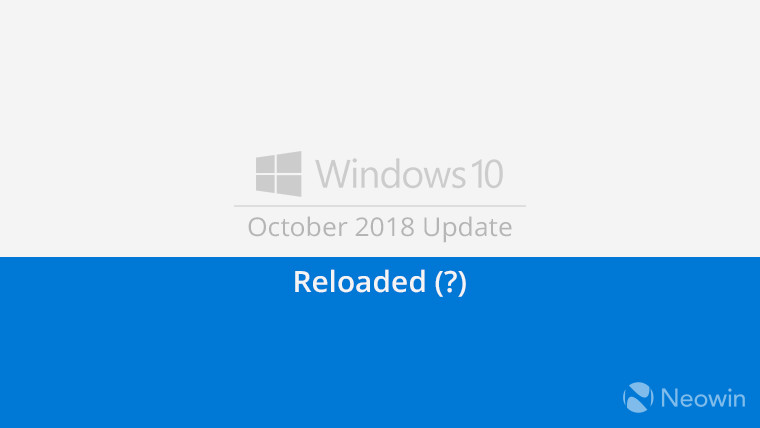 Over a month has passed since the original release of the October 2018 Update, which might’ve made some folks skeptical about this feature update's eventual return. As it turns out, Microsoft isn’t skipping 1809, as the re-released variant has popped up right on cue during Patch Tuesday.

After this extended silence on the status of its latest Windows 10 variant, Microsoft has, in fact, released a blog post committing to greater emphasis on quality going forward. According to the company’s Michael Fortin, the use of machine learning to determine which device configs are likely to receive a build with no problems has helped in identifying issues quicker. Furthermore, the April 2018 Update – in spite of its flaws – had the highest ratio of users satisfied with their OS experience (at least according to Fortin’s post). There doesn’t seem to be any change in the company’s criticized ‘seeker’ approach to deploying updates, whereby users manually checking for the latest updates are also prioritized to receive major content refreshes like 1809.

If you don’t want anything to do with this seeker approach, our own Rich Woods suggests you may want to stay away from Patch Tuesday for now, especially since even the re-released version of the October 2018 Update still has a few known issues.

Missed a column? Be sure to catch up right here.