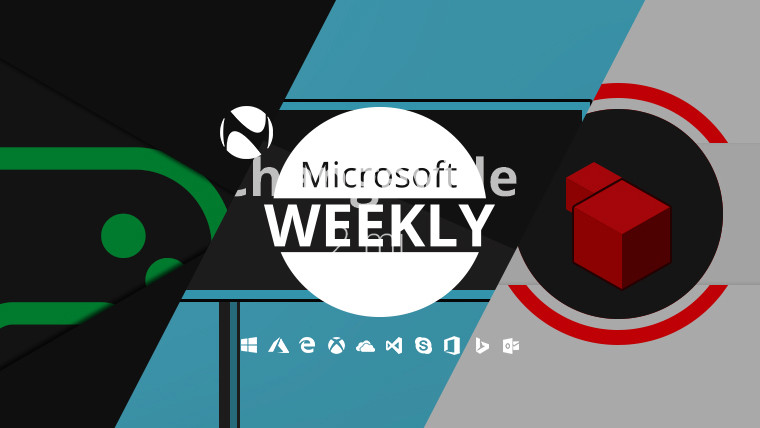 This past week we’ve seen things for players to enjoy, a robust set of updates for varying products, and the now second iteration of Redstone RTM whack-a-mole. Find the aforementioned - and a little bit extra – below, in your Microsoft digest for the week of April 15-21.

In most cases, every gamer has some sort of backlog to work through and unfortunately, the news this week won’t be of much help. If you want to expand your library however, there’s reason to rejoice. 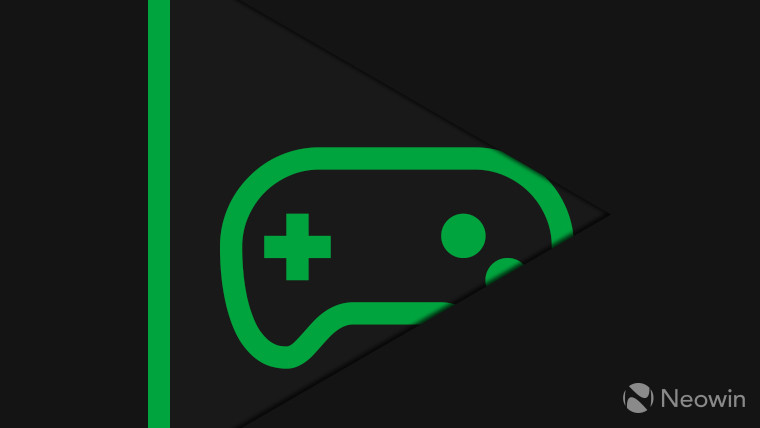 First off the press is the upcoming Shenmue I and Shenmue II re-release, which brings the two Sega titles to PCs, the PS4, and Xbox One. Though staying true to the original vision, the action-adventure pair will come with some enhancements, among which choices of modern resolutions, graphics options, an updated UI, and an option for switching between classic and modern control schemes. Furthermore, both physical and digital variants will be available for pre-order (and presumably later sale), with an as of yet unknown release date.

Either weather-worn pirate or current landlubber, you’ll also be able to enjoy the 1.0.4 update for Sea of Thieves, which addresses a number of UI glitches, as well as adding a few quality-of-life improvements like trading companies notifying you when you reach the daily voyage purchase limit.

For those with an Xbox Live Gold membership, there are a number of deals available, going all the way up to an 80% discount on Tomb Raider: Definitive Edition. The same membership also nets four games during the month of May, as follows:

That said, you mustn’t forget about the pair of free games available this month: Assassin’s Creed Syndicate on the Xbox One (April 16-May 15), coupled with Dead Space 2 (April 16-30) on the 360. Via the convenience of Backward Compatibility, if you own an Xbox One, you also get to claim the latter.

Speaking of, eight OG Xbox games – as announced last week – have now made their way to the X1 via Backward Compatibility. As a reminder, you’ll find The Elder Scrolls III: Morrowind, Jade Empire, SSX3 and others on the list.

A steady stream of games is pretty much useless in the absence of some form of updated software. As such, build 17134.3006 for the Xbox Insider Alpha ring has appeared with fixes for Cortana, Avatars, Mixer, and Notifications. This is part of the upcoming 1805 feature update, set to arrive in June with 120Hz support, the ability to group your games, improvements to the handling of game clips, and more.

Also in June we’ll see the Xbox E3 briefing, which this year takes place at the Microsoft Theater in LA. Beyond the usual array of announcements, the event will be streamed in six different languages - English, German, French, Italian, Spanish (LATAM), and Portuguese (LATAM) -, accompanied by the newly revived Inside Xbox monthly show.

Changes on the way

Updates big and small, close or far, all surfaced this week to jolt folks out of their regularly scheduled use of software. 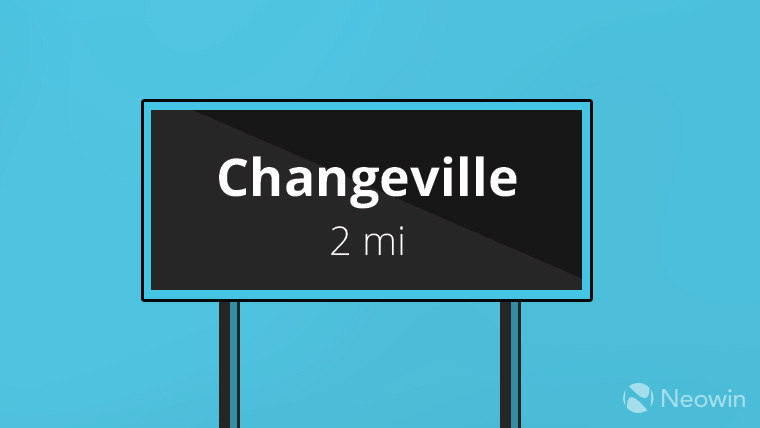 Cummulative updates are not an uncommon occurence in the Windows 10 servicing cycle, as evidenced by the pair that was released a few days ago. Though not quite as big in scope, the changelog for both is quite robust. Here are the relevant sets of numbers to look for:

On the off chance you are a fan of what Microsoft is doing with its Fluent Design system, you’ll be happy to know that hints of it are coming to your Microsoft Account portal. Don’t be too excited though, as availability is in the early stages, so it might take a bit before everyone can see it live.

What you can see now however is the Live Tile support for Twitter’s PWA for Windows 10. Pinning a profile to Start for example, will now give you an at-a-glance look of a person’s latest update. If you want to send a direct message or view notifications, you can only to it from the Live Tile of the main app.

Another app that Microsoft would really rather you use is OneNote. The company is in fact so focused on moving users to its UWP platform that it won’t include OneNote as a desktop app in Office 2019. To convince users, the firm even states that OneNote for Windows 10 is the best version of this specific program, due in part to its superior Ink-to-text support and voice-assisted note taking via Cortana.

Chances are that if inking support is a priority for you, a Surface device might be part of your lineup. If so, the good news is that Book 2, Laptop, and Pro are all getting firmware updates. The bad news is that we don’t exactly know when the updates are due, or what improvements they’re set to put in place. You can check out an editorial from our very own Rich Woods about what Microsoft should do with the Surface line, beyond just releasing these firmware updates.

For the devs out there, Windows Template Studio has reached its second major version, with changes to the UI and UX to bring it more in line with the Hamburger menu control.

Oddly enough, the change from RS4 to RS5 has been a lot less smooth than what was expected. As a consequence, it’s a tad difficult to pin down what the final version of the former actually is. 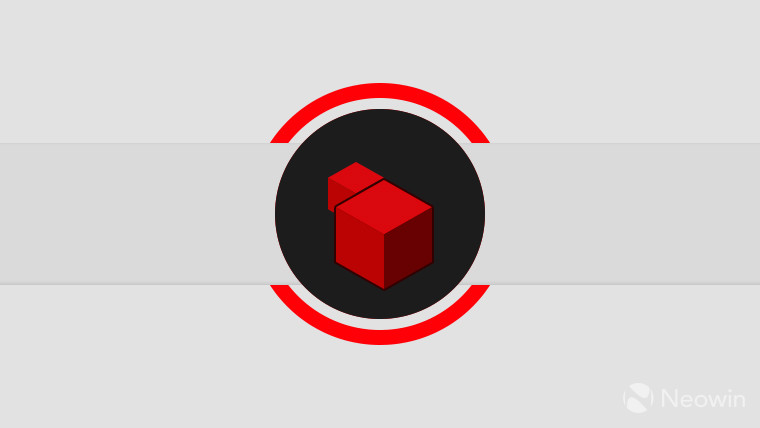 Following the kerfuffle with a bug in build 17133 from last week – which was when the original rollout of RS4 was supposed to begin – we got the next build in line, 17134. First offered to Fast ring insiders, then to those in the Slow and Release Preview rings, it made its way to folks with a HoloLens HMD fixing a number of things. Like its predecessors however, 17134 also suffers from a rather puzling bug, though it’s unclear if this is serious enough to result in yet another delay for the spring update.

What was initially suspected, and is now pretty much confirmed is that the name for Windows 10’s next feature update has been stripped of its – debatably – creative name to make way for an utilitarian one: April 2018 Update.

Naming convention aside, life goes on in the Insider rings, with those in Skip Ahead being handed build 17650 of the Redstone 5 branch. The most noticeable user-facing feature is that Windows Defender Security Center has been given a Fluent Design makeover. Sticking to security, the Defender Firewall now supports Windows Subsystem for Linux (WSL) processes. As a reminder, a subset of the latter feature set was added in build 17627.

As usual, there are some bugs to be aware, like a Windows Mixed Reality headset remaining black after setup – fixed by unplugging / plugging it back in -, as well as a number of issues related to Office apps and Sets. On the bright side, there are a number of fixes, ranging from reliability fixes for File Explorer, Settings, and the Defender Security Center app.

What if you had a File Explorer, but it was dark instead of light? That’s apparently a question Microsoft is also exploring. 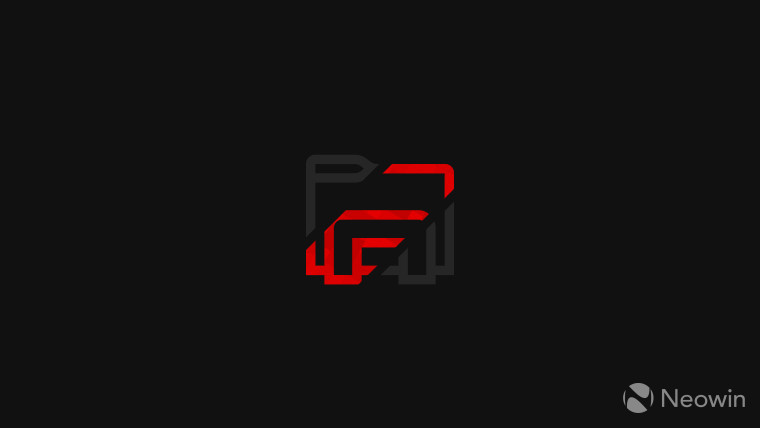 Though it’s hidden in the latest Redstone 5 build, a dark theme for the legacy File Explorer can be uncovered. It’s unfinished, and therefore a little rough around the edges, but interesting nonetheless.

What makes this particularly odd is that we know Microsoft is working on a UWP File Explorer. We’ve in fact known about it for nearly two years, and last May we even got to play with it a little, if we didn’t mind tinkering a little.

The modern version is quite barebones, but nonetheless functional and supports both light and dark themes. As far as why Microsoft decided to start testing a dark theme for the legacy File Explorer now, is anyone’s guess. Most likely, we’re quite some time away from having a full-featured UWP Explorer, so this is a bit of a stopgap. A rather large, and frankly clunky stopgap.

Missed out on any of the previous columns? Be sure to catch up!