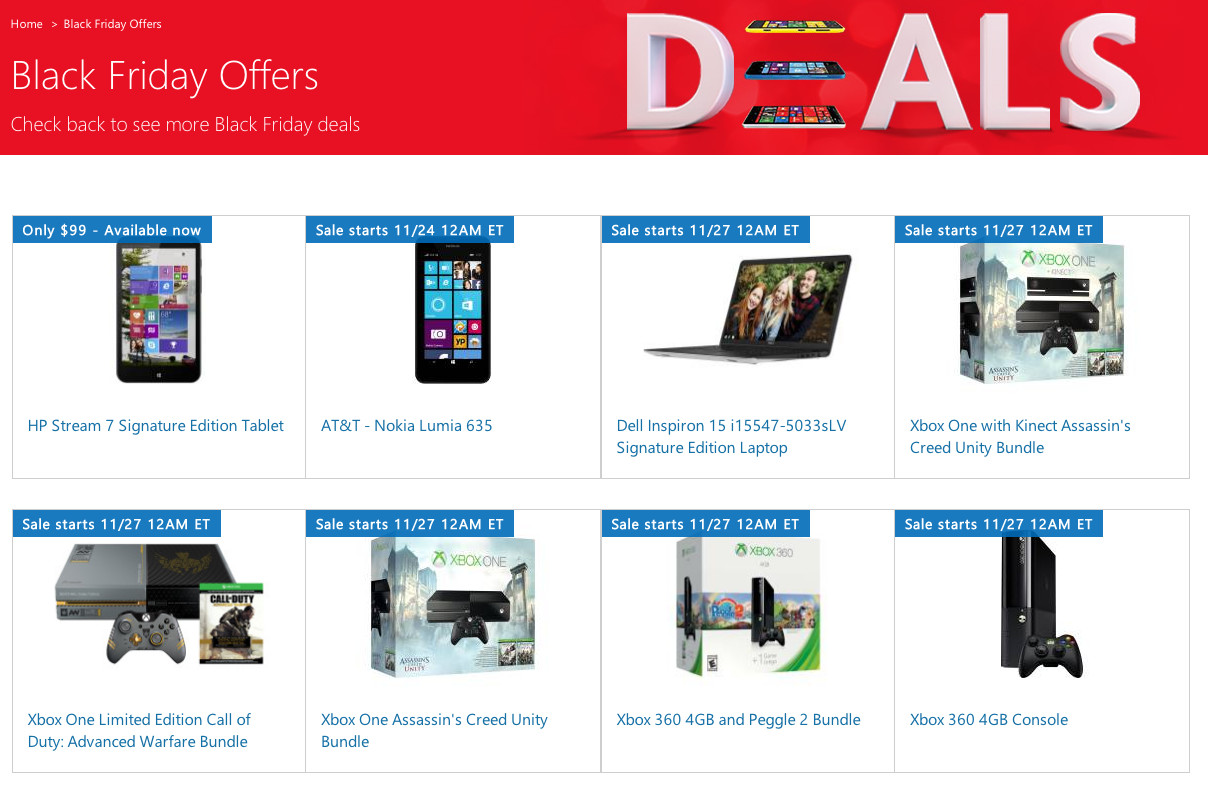 Every year, Black Friday is a day that many shoppers look to find savings on everything from electronics to bedding and this year is no different. Microsoft, with its stores spread out across North America and of course its online site as well, is partaking in the festivities again and the savings start today.

Microsoft is offering up the HP Stream 7 Signature Edition tablet for $99 which includes a 7-inch IPS display at 800x1280, Intel Atom quad core CPU, 1GB of RAM and a 32 GB SSD. The tablet also comes with one year of Office 365 too. Although, this 'deal' does not seem to be all that exclusive as Amazon currently lists the device for $99 too.

The 'Signature Edition' in the product title means that Microsoft is selling this device without any bloatware sideloaded.

Besides the HP Stream, the company will also be offering deals on Xbox One consoles, Xbox 360, a bunch of games, a Dell laptop, and a Lumia 635. You can check out all of the deals at the source link below but only the HP Stream tablet deal is live at this time. The other items will go live on the date noted in the top left corner of the product that you can see in the screenshot above.

The pricing on Microsoft's upcoming deals is not known yet either as all of the links take you to the current prices for the goods shown. This means that you have to check back at the time of the sale to see what the discounted price will be.

If you happen to find any good deals for the upcoming holiday season, make sure to send us a tip.