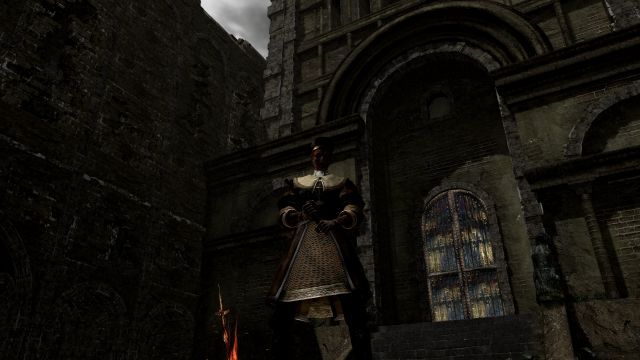 In April, developer From Software and publisher Namco Bandai announced they would release a PC port of the acclaimed action-RPG Dark Souls. The game was finally released earlier this week, but gamers who purchased it got a very rude awakening.

In short, the PC version of Lost Souls officially supports a top resolution of only 1024x720, which is tiny compared to what hardcore PC gamers expect for their graphics options.

If you have already bought Dark Souls for the PC and are as upset as other gamers are about this poor choice, you will be happy to know that a modder has already created a file that will increase the resolution of the game all the way up to 2560x1600.

The modder, who goes by the handle Durante, has posted up his mod file, and the instructions to use it, on the NeoGAF message boards. He does say, "People really shouldn't order the game and expect to play the whole thing at high res just yet." However, we are betting that gamers will go ahead and download and install this mod anyway.

It certainly does seem strange that an unpaid third party can create a mod for a game that adds a major feature which should have been in the port to start with. People should also keep in mind that the game is locked at just 30 frames a second, like the console version.

Source: NeoGAF | Image via From Software