Well-known house music performer Deadmau5 (Joel Thomas Zimmerman) always wears a version of his trademark mask in his concerts that looks like a cross between Mickey Mouse and Jerry of Tom and Jerry. Last week, Deadmau5 performed in a surprise event in the Seattle area for some Microsoft interns. 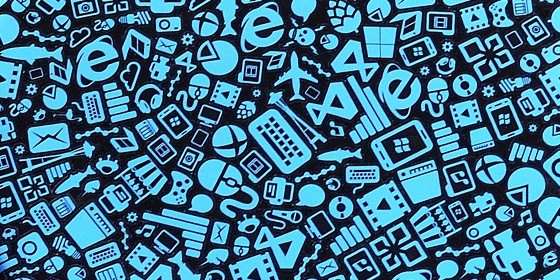 Next at Microsoft has images of the mask Deadmau5 wore during the concert, which was made by the famed Jim Henson’s Creature Shop. The mask is filled with Microsoft corporate logos, such as Internet Explorer, Visual Studio, Xbox, Office and more, along with other logos such as PC mice, keyboards and even the Seattle Space Needle.

Deadmau5 didn't take his Microsoft logo mask with him; the blog states that it will soon be on display somewhere on Microsoft's campus in Redmond, Wash. However, Deadmau5 did take something from his Microsoft visit – a new Surface tablet that the company gave him. In an Instagram post he seemed to like his new gadget, saying, "The new @microsoft surface is my new travel buddy! My life has seriously been missing this." By the way, his Instagram account has some more images of that Microsoft mask.

Source: Next at Microsoft | Images via Microsoft