A new firmware update for the Dell XPS 15 (9510) fixes the performance problems that fellow media outlet NotebookCheck (NBC) encountered in its recent performance preview of the OLED laptop. In that preview, NBC noted severe throttling on the CPU side after around two minutes of stressing.

The processor in the 9510 variant that NBC received is the 45W Tiger Lake Core i7-11800H and it apparently would go down to as low as just 20W even though official Intel specs state that the lowest TDP configurable for the i7-11800H is 35W.

With the new BIOS update (version 1.4.0), there is a very noticeable improvement in performance, especially when using the laptop's "Ultra Performance" mode. More than a 20% gain is achieved with the new firmware compared to the older one tested, version 1.3.2. On the default "Optimized" profile, the improvement is still there but it's less than 10%. Even just enabling Ultra Performance on the new BIOS nets a very significant 18% gain. 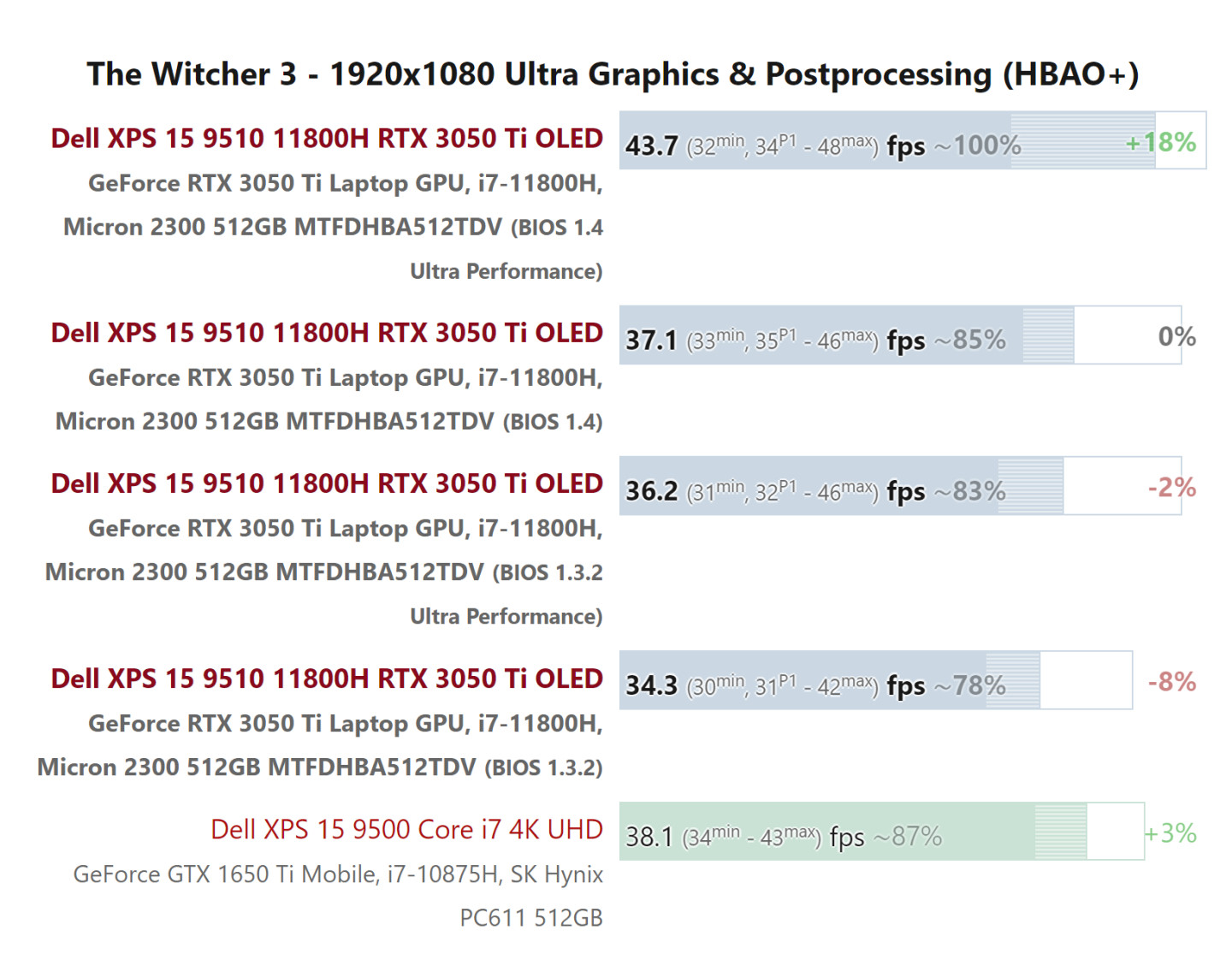 Dell updated its XPS 15 lineup with the new '9510' variant recently which succeeds the older XPS 15 (9500) that we reviewed last year. We found the 9500 stellar in overall performance but did complain about the lack of an OLED screen option. And it seems Dell had listened which is why the 9510 does have an option for a 3.5K OLED display that's 400 nits bright.