We have been trying to keep up with the street art ads that Microsoft has been putting up in New York City and in Los Angeles for the past few weeks (even if the company doesn't want to officially comment on them). Earlier this week, we were alerted to a new one on Melrose Avenue in Los Angeles that was placed on the side of a liquor store. 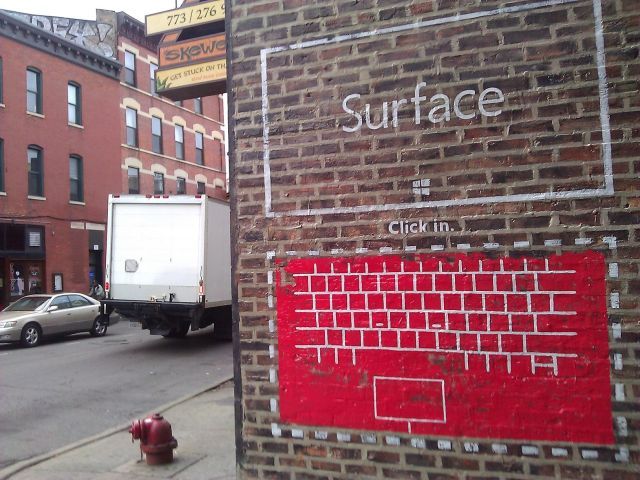 Today, one of Neowin's own readers, schrags08, alerted us in the comments section of our latest Surface street art ad news post that he had spotted one on the side of a building in Chicago. This shows that the viral marketing campaign is growing slowly but surely for the tablet.

The actual street location is at 1562 North Damen Avenue, in the Wicker Park neighborhood of the Windy City. If there's one piece of art in Chicago, it's likely that Microsoft will be putting up even more ads in other parts of the city.

Indeed, it's even more likely that Microsoft will be placing these unique street art ads in other major cities across the US and Canada in the weeks leading up to the launch of the Windows RT version of the Surface on October 26th.

Thanks again to our reader schrags08 for the tip and the image.