It's not a stretch to think that people paying through the nose for a tech gadget, or queuing for hours, days or even weeks before the device is even available might be a little gullible to false marketing and hoaxes, and this time around it's no different.

Yesterday an image started trending on Twitter that claimed a new feature in iOS 8 called "Wave" allowed for iPhones to be recharged quickly in a microwave. The poster which can be seen below looks official enough, it even displays a warning not to "charge" for more than 300 seconds! But like many before it, it's false, yet people have still fallen for it. 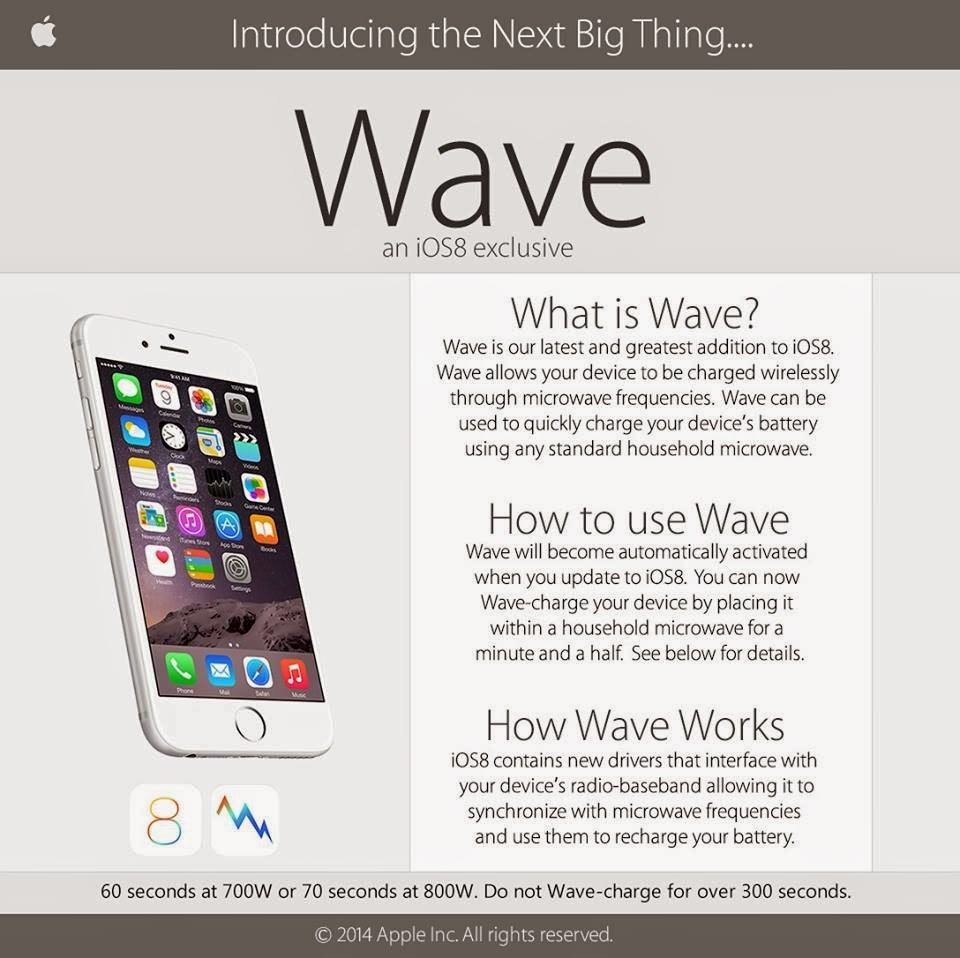 Note: The above poster is a hoax.

The "Wave" feature claim states “You can now Wave-charge your device by placing it within a household microwave for a minute and a half,” it says, and also claims “iOS 8 contains new drivers that interface with your device’s radio-baseband allowing it to synchronize with microwave frequencies.” Just to be clear, this is all fantasy.

According to CBS Pittsburgh, a few people have fallen foul to the hoax and destroyed their iPhone as a result.

And someone tried iOS8 Wave at home after being warned, smh pic.twitter.com/kefz7EvwDX

This time around it isn't obvious where this hoax originated, unlike the widely publicized hoax from last year that duped Mac users into wiping their hard drives to access mined BitCoins; (no) thanks to 4chan, a site well known for its capabilities as an Internet "flash mob".

Or how about the (arguably) more successful iOS 7 "waterproof" hoax which also originated from 4Chan and duped many people into destroying their iPhones too.

But lets be honest, it isn't just Mac users that get duped all the time; shortly before the BitCoin hoax, Xbox One owners were also duped into bricking their consoles by believing that they could make their consoles backwards compatible with Xbox 360 games, a "trick" that ultimately cost them 500 bucks.

As always folks, never believe this sort of thing unless it is also on the official site, Apple.com in this instance. If you're willing to believe everything you read on the Internet without researching properly, then maybe you deserve the fall out from your actions.