Nokia has taken great pride in how well its Lumia smartphones are made. In 2012, the company released a video showing the Lumia 900's screen being hammered into by a nail and showing that the Windows Phone 7.5-based device still worked.

Now an even more extreme test of a Nokia Lumia device has come to light. The Finland-based newspaper website lltasonomat.fi reported that a local mine worker lost his Nokia Lumia 920. As it turned out, the phone had been buried in the ground by one of the 24-ton earth movers on the site. 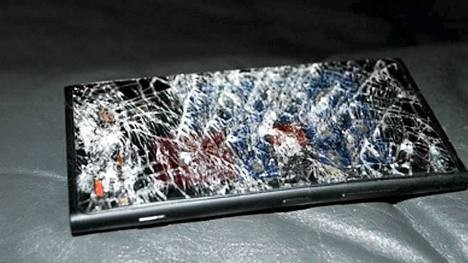 The worker decided to call the phone and actually heard it ringing, even though it was buried under one and a half feet of earth. It took six men to get the Lumia 920 out of its burial place and while the screen was shattered, the phone could still send and receive calls. However, the phone could not actually hang up on phone calls. The mine worker was so impressed, he decided to buy a new Lumia 920.

In a statement posted at AllThingsD.com, a Nokia spokesperson said, "Before any Nokia device is released to the world, they undergo a series of quality tests to ensure they stand up to the wear and tear of everyday usage. Tests for extreme weather, humidity, and repeated drops onto a hard surface are the norm. I guess you can add being run over by a 24-ton tractor to that list."