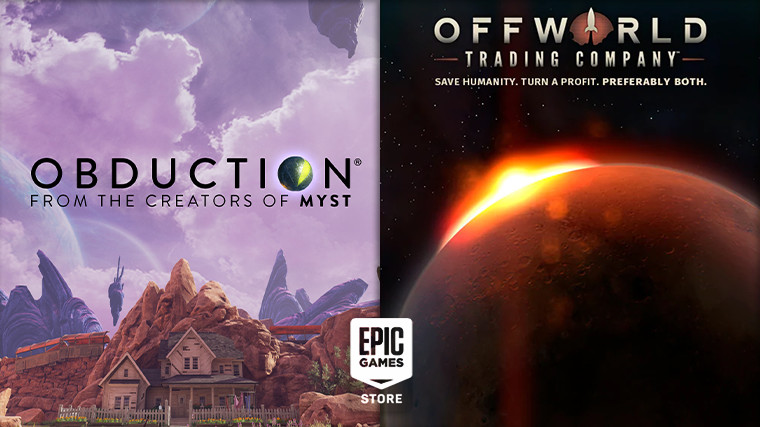 Epic Games Store has put on offer Obduction and Offworld Trading Company to claim and keep for free as this week’s giveaway, taking the place of Bridge Constructor: The Walking Dead and Ironcast.

Obduction is a first-person sci-fi title developed by Cyan Worlds. Originally released in 2016 following a Kickstarter campaign that successfully raised $1.3 million, the game is a spiritual successor to Myst (1991) and Riven (1997). It also supports VR. Here’s how the Epic Games Store describes it:

A sci-fi adventure from Cyan, the creators of Myst. Abducted far across the universe, you find yourself on a broken alien landscape with odd pieces of Earth. Explore, uncover, solve, and find a way to make it home.

Offworld Trading Company is a sci-fi RTS title set on Mars, focusing on raging economic warfare through sabotage, hostile takeovers, and various other menacing ways. Supply and demand fluctuate constantly, and players must extract resources and gain majority stake in every offworld trading company in the game. Here’s how the Epic Games Store describes it:

Epic Games Store is offering Obduction for Windows and macOS and Offworld Trading Company for Windows, however the latter is also available for macOS via Steam where it is priced $29.99 at the time of writing. Here are the minimum requirements:

If you wish to claim Obduction or Offworld Trading Company, you can find them here. They will be free to claim until July 22, which is when Epic will put on offer Defense Grid: The Awakening and Verdun for its next giveaway.