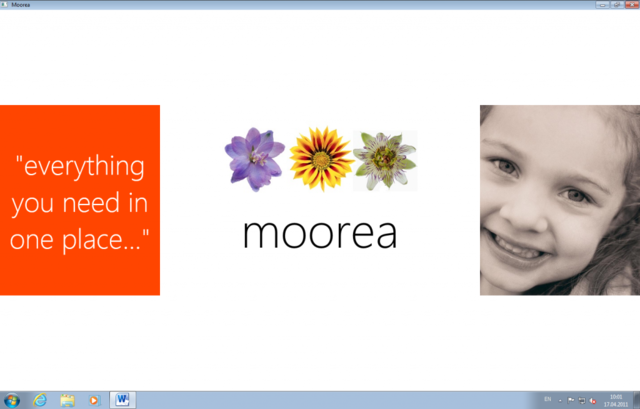 Microsoft Office is a product that millions use everyday. Office is by far the de facto product when it comes to productivity and Microsoft has dominated the market in this area for years. But not wanting to let the product go stale like it did with Internet Explorer 6, they are currently working on Office 15.

While not the first images of the new productivity suite to leak out, the latest leak does show off a new application that is code named "Moorea". The image above shows the first look at the new application. Mary-Jo Foley suggests that it may be bringing back elements of the Courier project that Microsoft canceled many months ago, but an update later on her post suggests that it may be related to Microsoft Office Labs Canvas for OneNote.

The tagline for "Moorea" is "everything you need in one place" which would mean that it is an aggregator of content. Most likely personal content that will allow you to place all of your information related to a topic into one, user defined, interface that allows you to quickly access all of your information about a particular topic. Imagine you are doing research on birds; You could have your documents, images, and videos all in one place.

The images come courtesy of Winbeta.it and they are from build 15.0.2714.1001. The next version is not expected to hit retail until around 2013, which demonstrates that the Office build is still in the early stages. Microsoft will continue to work on Office and the previously leaked images suggest that Metro will also be incorporated into the productivity suit. The final design of Office is subject to change so anything pictured here may not make it into the final retail build. 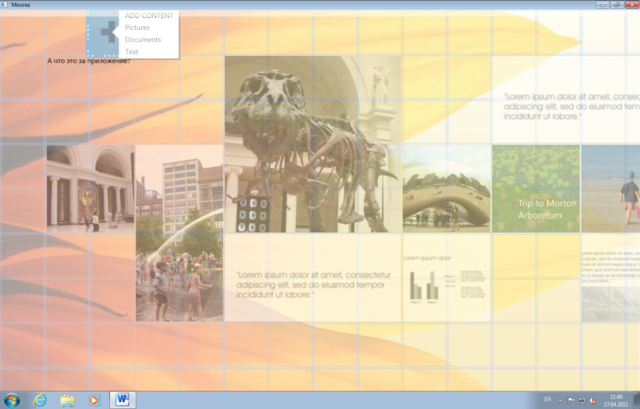