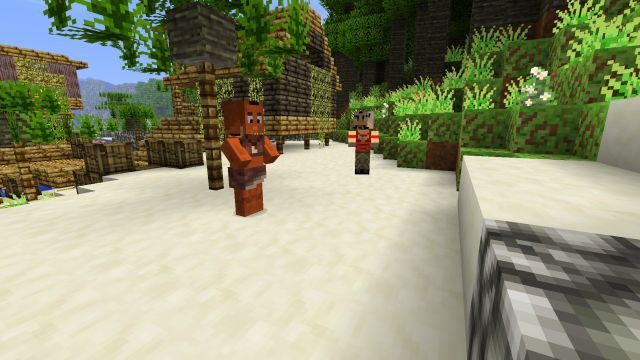 Minecraft continues to be a massive hit for PC gamers. The sandbox game has sold over 7.8 million downloadable copies since the first version was released in 2009 and continues to sell between 7,000 and 14,000 copies a day.

So it stands to reason there are a lot of people playing Minecraft. Ubisoft knows this as well and decided to tap into the vast Minecraft audience as a way to promote its upcoming first person shooter Far Cry 3.

The publisher has released an official Far Cry 3 mod for Minecraft at the game's official website. The mod makes changes to Minecraft's blocks, mobs (monsters) weapons and tools to make the game look like Far Cry 3's island setting. The mod changes Minecraft's mobs into some of Far Cry 3's characters and Ubisoft says there are 50 hidden Easter Eggs waiting to be found. It's a rather unique marketing scheme and certainly one that will appear to Minecraft's many fans.

As far as Far Cry 3 itself, Ubisoft is still targeting a December 4th release for the first person shooter in the US, with a November 30th release date in the UK and other parts of Europe.