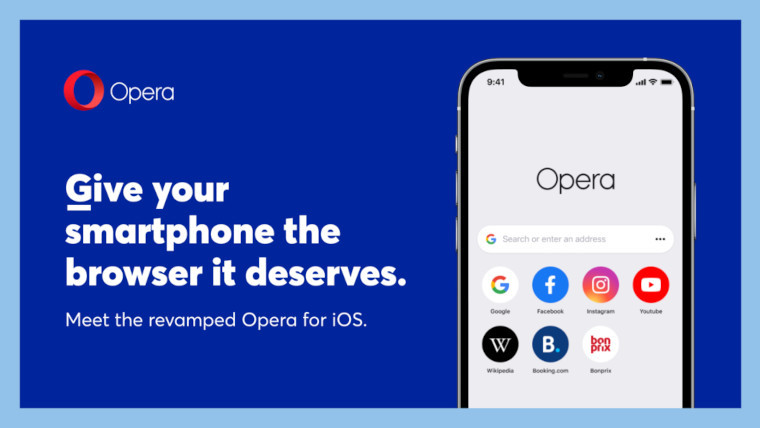 Opera Touch users on iOS should be on the lookout for a revamp to the app as the firm has announced that the browser will just be called Opera and that the logo will be changed to red to fit in with the rest of the company’s portfolio of browsers. The firm said that it has made some other changes to the UI as it tries to “introduce a cleaner and smoother design for a more refined look and feel.”

Opera Touch is almost three years old now, it was initially created to work better on touchscreen phones with its innovative Fast Action button that gives users quick access to search, recent tabs, and browser navigation. It was launched on iOS on October 1, 2018, and that month it was also the winner of the Red Dot Design Award.

In the announcement, the firm decided to share that Opera Touch, now called Opera, has three million monthly active users around the world. Explaining why it think people choose Opera it said:

“They chose Opera because it’s different from the default browsers that come pre-installed on their mobile devices and because of its features and capabilities that they can’t find anywhere else. These include an easy-to-use Crypto Wallet, Flow, Ad-blocker, Cookie dialogue blocker, and protection against cryptocurrency mining.”

The new update is available from today on the iOS App Store. Opera is also available for Windows, Mac, and Linux and can be synced to the mobile app using Opera Flow.