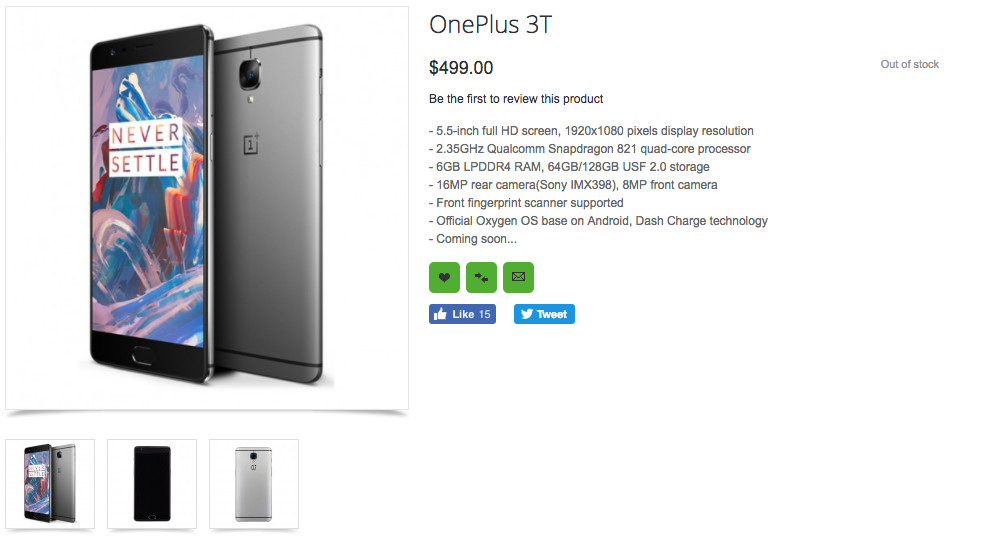 It has been a couple weeks since rumors hit that OnePlus was prepping an enhanced version of its current flagship, the OnePlus 3. On the eve of the announcement, it looks like we might now know the price of the handset courtesy of Oppomart.

As of now, the retailer has listed the upcoming OnePlus 3T and has priced it at $499 USD, which is a $100 increase over the current OnePlus 3. So what do you get for the extra $100? If the listing is correct, you'll get an updated processor with Qualcomm's Snapdragon 821 processor, a slightly larger battery at 3080mAh, and a larger storage capacity option of 128GB. Naturally, these specifications and the listed price could be inaccurate, but luckily we won't have to wait long since OnePlus will officially hold its announcement tomorrow.

Those that were hoping for something a bit more potent might want to hold off until next year. As reported yesterday, OnePlus could be working on a monster handset for 2017, which could offer 8GB RAM, 128GB of storage, and a huge 4000mAh battery.