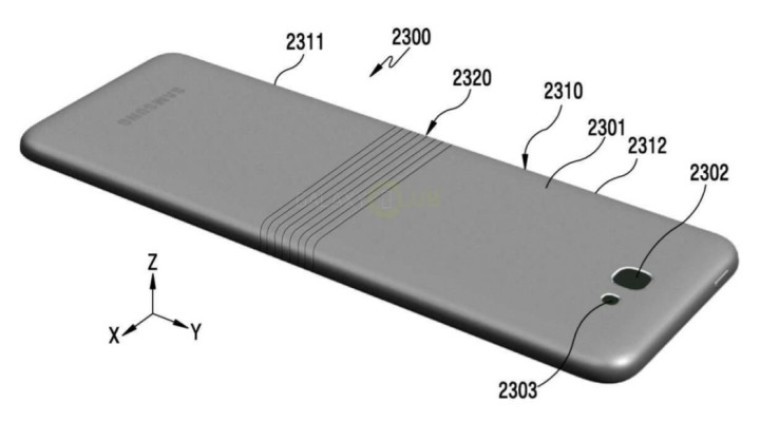 Back in June, it was revealed that Samsung was working on two devices with foldable screens, under the codename "Project Valley." The devices are to be unveiled by early 2017 at the Mobile World Congress event in Barcelona, Spain. Today, a recently posted patent could show us Samsung's development on one of these gadgets, which could possibly be a glimpse of what it could look like once unveiled.

The patent, shown above, not only gives us an outline of the device, rumored to be called 'Galaxy X,' but some renders too. It features a hinge in the middle of the device, which as Sammobile points out, is very reminiscent of the one found in the Microsoft Surface Book. Moreover, it features a gap when folded. 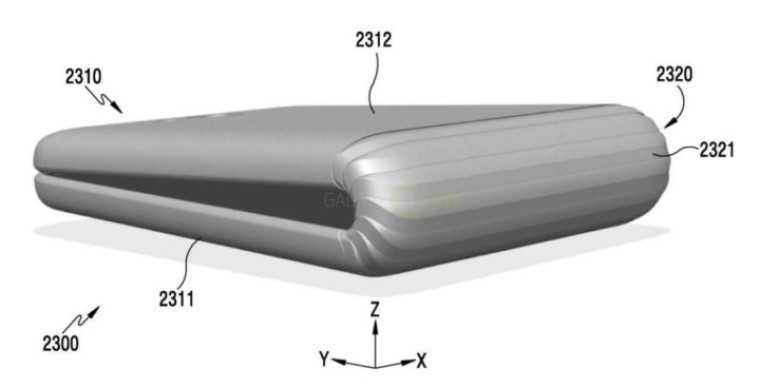 Once it is unveiled, which again is rumored to be sometime in early 2017, it could possibly be the very first non-concept smartphone that features a foldable display. Samsung has launched a number of foldable phones before, mainly in China. However, these devices are flip-phones, which only features a screen or two on the upper part of the device, and a physical T9 keypad on the bottom, wrapped in a clamshell design.

While there has still not been any confirmation from Samsung, the wait towards having these kinds of devices might not be too far off.