News of a new HP handset running Windows 10 Mobile first emerged in December, when a device identifying itself as the 'Falcon' was spotted on a benchmarking site. Further details have since been revealed, including the name of the handset, which is expected to go on sale as the Elite x3. 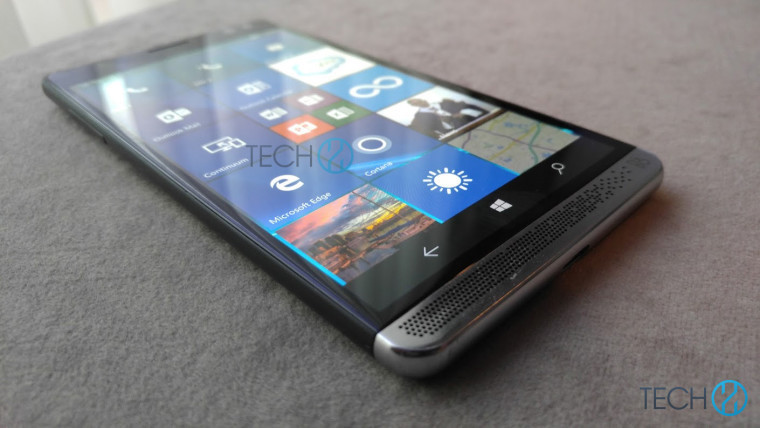 Now, the first photos of the device have been revealed by Hungarian site Tech2, and the report also claims to have revealed its key specs:

If these details prove correct, the Elite x3 will be the most powerful Windows 10 Mobile device available - with even better specs than Microsoft's own Lumia 950 and 950 XL flagships.

The images show an asymmetrical speaker grill at the bottom of the Elite x3, along with B&O branding; many of HP's other devices also include audio features co-developed with B&O. The spec details in the report mention a 'dock connection' - this is likely a reference to the handset's support for the PC-like Continuum feature in Windows 10 Mobile.

Despite its mighty specs, the HP handset isn't expected to be aimed directly at the consumer market, but rather at business buyers, as the 'Elite' branding suggests.