The Xbox One and PlayStation 4 launched at more or less the same time, but Sony's console has enjoyed greater success than that of Microsoft. Indeed, it's no secret that the PS4 has been outselling the Xbox One - earlier this month we reported that the latest figures suggest that Sony had sold around two million more of its next-gen consoles compared with Microsoft. 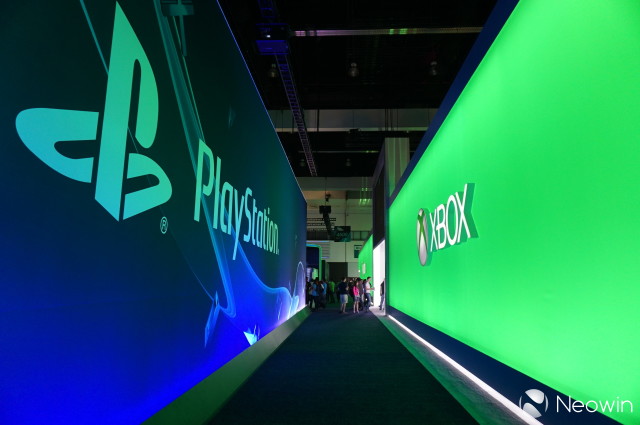 Sony reported its quarterly financials earlier today, and as part of that report, it disclosed that it had sold a combined total of 3.5 million PS4 and PS3 units during the quarter ending June 30. As MCV UK notes, Sony has said that the strong sales of its PlayStation 4 are compensating for declining interest in the PS3, and given how well the PS4 has been selling, it seems safe to assume that a pretty big chunk of those 3.5m sales were of the newer console.

Compare this with the latest official figure provided by Microsoft, when it recently reported its quarterly results. The company said that it had sold a combined total of 1.1m Xbox One and Xbox 360 units during the same quarter.

Now, we must be absolutely clear that we have no firm indication of how these figures - 3.5m PlayStations sold versus 1.1m Xbox units - break down between the newer- and older-generation consoles, so any conclusions we draw are based on assumptions.

So if we assume that the ratio of new versus old console sales is roughly equivalent at Sony and Microsoft, that would indicate that the PS4 is outselling the Xbox One by three-to-one. But even if we generously (and improbably) assumed that 80% of Xbox sales last quarter were Xbox Ones (around 880,000), and only 50% of PlayStation sales were of the PS4 (1,750,000), Sony would still be selling twice as many next-gen consoles as Microsoft.

Given that Sony has indicated rising interest in the PS4 versus weaker sales of the PS3, and that we know the PS4 is selling like hotcakes, it seems more likely that the proportion of new-to-old console sales is similar to that of Microsoft. Since overall PlayStation sales are three times higher than total Xbox sales, this would support the notion that the PS4 is outselling the Xbox One by 3:1.

It's worth noting that Microsoft has said that sales of the Xbox One doubled in the last three weeks of the quarter, following the launch of its lower-cost Kinect-free Xbox One, priced at $399. That massive increase in June doesn't appear to have had a significant impact on total Xbox sales, which continue to lag far, far behind those of Sony's PlayStation consoles - but it does at least indicate growing interest in Microsoft's console, which the company could certainly use right now.