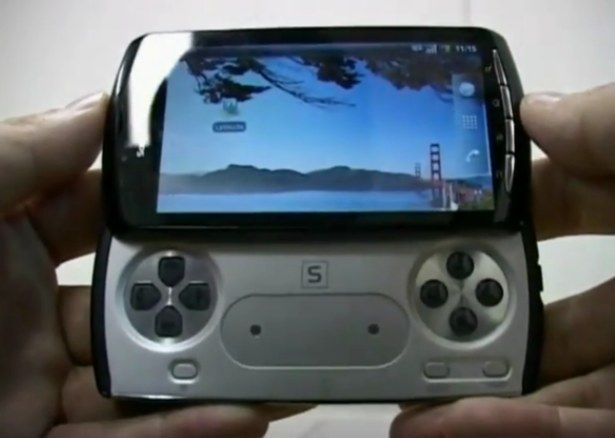 The Sony Ericsson PlayStation phone is rumored to be hitting stores in April. The very bizarre fusion of a phone and handheld gaming unit will be launching this February at the Mobile World Congress in Barcelona, but won't be available in retail stores until April.

Pocket-lint.com has learnt through a source close to the matter, that Sony Ericsson plans on unveiling the phone early next year. The device is rumored to feature a 1GHz Qualcomm MSM8655 chip, 512MB of RAM, 1GB of ROM and feature a 3.7-inch to 4.1-inch screen. The sliding phone will unveil a PlayStation style controller built into the phone, with directional D-Pad and buttons for the ultimate gaming experience.

The phone will operate on an Android-based OS, custom made for this specific device. The PlayStation phone, or by the suspected name of "Z-System", will feature a multi-touch pad, which is the semi-indented gray area in the image above between the D-pad and square, triangle, circle, x buttons. Reports indicate that Sony Ericsson has abandoned the MicroSD card slot on this device. Not much more is known about the device since its leak back in October.