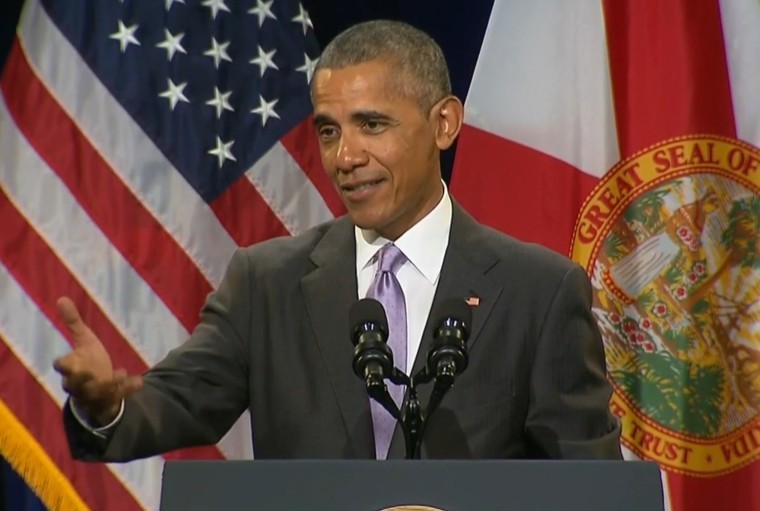 Samsung must be feeling the heat and embarrassment, as the Galaxy Note7 fiasco isn't spared from ridicule. The Note7 has been fine tuned into a deadly remote controlled bomb in GTA V, turned into a hilarious Halloween costume, and now President Obama has weighed in on the debacle.

President Obama delivered a speech today at Miami Dade College, where he compared Obamacare to a smartphone, noting that when a smartphone (or law) has a few bugs... they fix it, or upgrade it. You don't just throw it away. However he doesn't stop there, President Obama even compared the struggles encountered in issuing the law to tech roll-outs:

When one of these companies comes out with a new smartphone, and it has a few bugs, what do they do? They fix it, they upgrade. Unless it catches fire and then they just, then they pull it off the market.

But you don’t go back to using a rotary phone! You don’t say, well we’re repealing smartphones — we’re just gonna do the dial-up thing. Its not what you do. All the same principles apply here.

To watch the full speech, head over to CBS Miami or just watch Samsung get roasted in this tweet below:

This is a simultaneous ??? on Samsung, Republicans and rotary phones. pic.twitter.com/HkHJeUfbL7