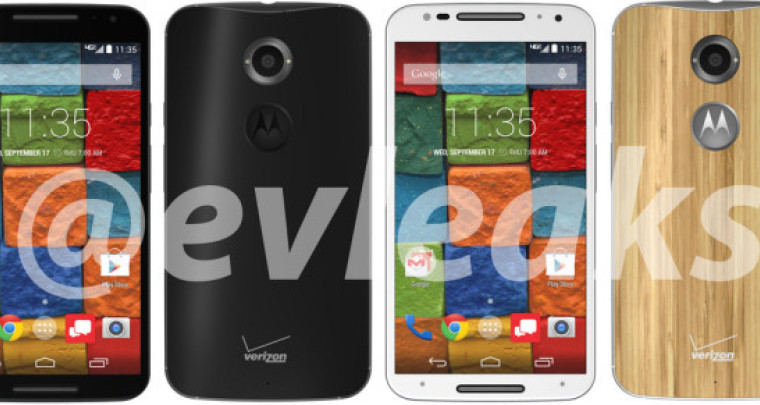 Motorola has been rumoured to launch its next flagship on September 4th, and now a press image of the device has surfaced online through @evleaks, who recently retired from the online leaks gig.

The smartphone alleged to be launched under the name Moto X+1, has leaked in numerous blurry photos previously, but this is the first clear view of the device.

As you can see in the pic, the Moto X+1 will come in black and white colours like its predecessor and allow customizing the back plates, which was one of the key features of the original Moto X. Although, this particular image shows the device with Verizon branding, the smartphone is expected to have a global launch.

Motorola will be holding an event on September 4 and it is possible that X+1 will launch at this event in addition to some of the other rumoured devices from the company.