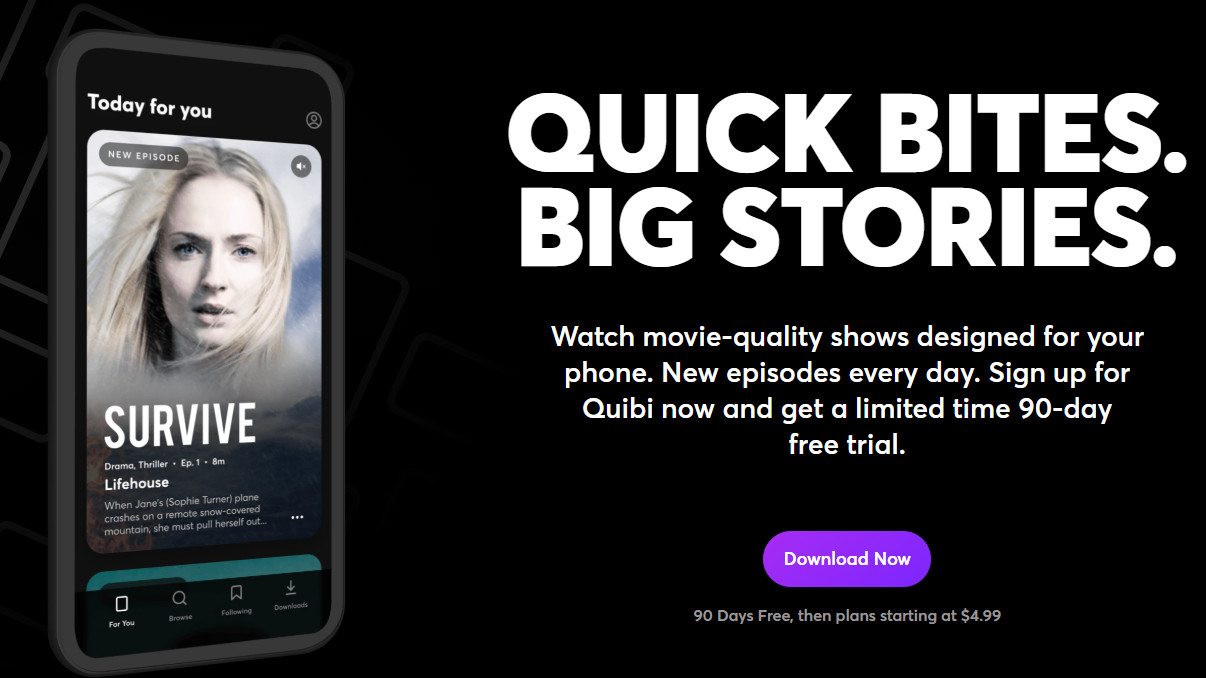 Quibi, short for "quick bites," was downloaded 1.7 million times in its first week, the company CEO Meg Whitman told CNBC. The service, which launched last Monday, is offering movies, news and reality shows in episodes lasting up to 10 minutes in the U.S. and Canada. Whitman said that initial downloads surpassed the company's expectations, with the service being initially envisioned as an app for on-the-go viewing for times such as waiting in queues or commuting. She stated:

“It turns out people have in-between moments at home. We don’t actually think it hurt us.”

The service, which is within the 90-day free trial period, is engaging consumers who are stuck at homes due to the coronavirus lockdown. Whitman said that 80% of the users who started a show watched it through the first episode. While Quibi is currently available on smartphones and tablets, the firm stated that it is developing a feature that would let users cast content from the app to TVs.

After the 90-day trial finishes, users that are looking to continue with the service can either choose the $4.99 a month package with ads, or $7.99 a month without them.