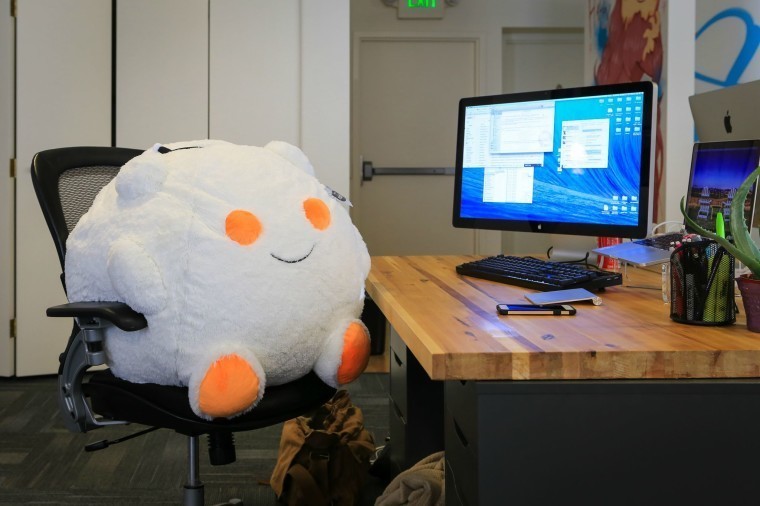 Social news website Reddit looks back to 2014 with a smile, even after CEO Yishan Wong resigned in November due to some strange issues. The team is optimistic about the future, and has chosen to share some of its stats for last year. It looks like the dream to become "the front page of the internet" is indeed one step closer to becoming a reality.

On a post made on the Reddit blog, the popular website claims it has been the home of 8000 subreddits in 2014, with page views adding up to a whopping 71.25 billion. The communities under its umbrella have been very active, managing to gather 54.9 million posts, 535 million comments, and a "modest” 5.74 billion votes.

Reddit seems to be an Iceland favorite, with an average of almost 21 page views per user, followed by Canada, U.S., Sweden, and Australia. Looking at the 2013 stats , we notice a year over-year-increase of roughly 27% for page views, 34% for posts, and 32% for the comments. The only decrease seems to come from votes, which are down 14% from the 6.7 billion counted in 2013.

The content you find on Reddit ranges from database reviews to discussions on books and space travel to everything in between. With 400 million unique visitors in 2012, and 731 million in 2013, the popular website has yet to disclose the 2014 figure. Here’s the infographic they provided on their blog: 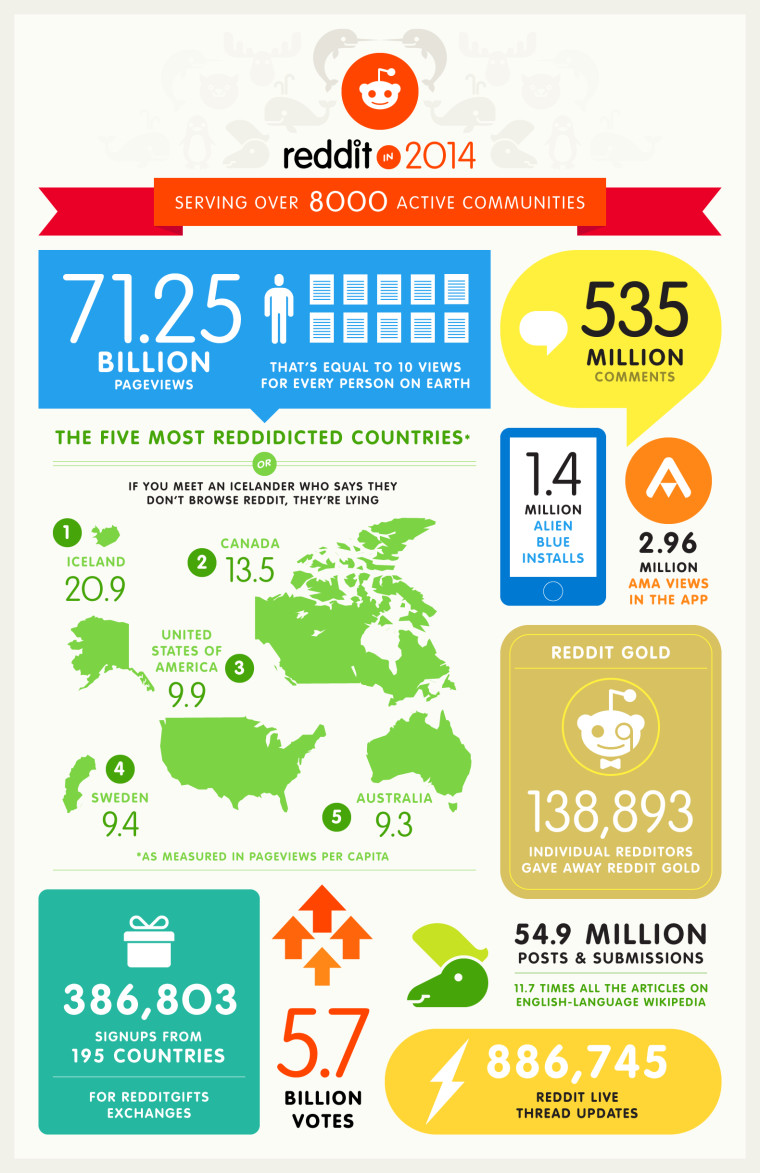